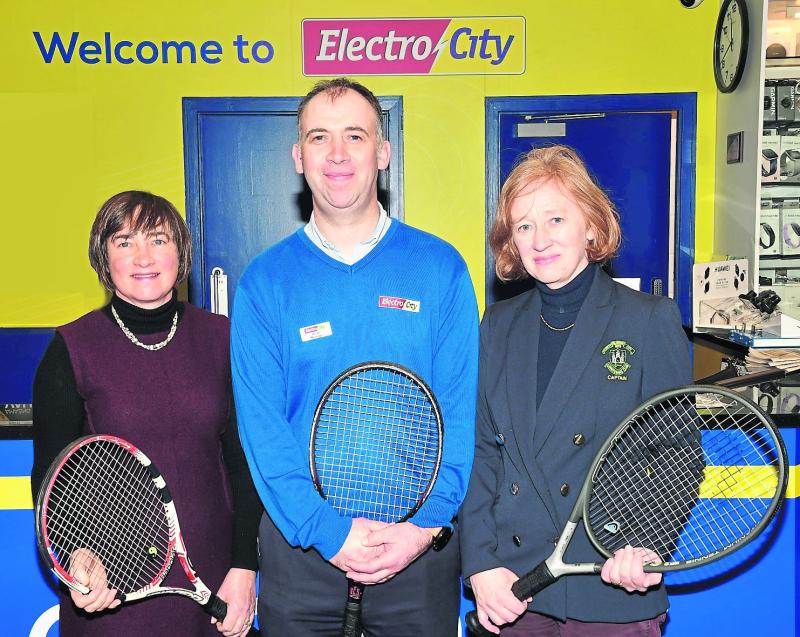 The elements didn’t defeat the hardy members of Kilkenny tennis club over the weekend when two tournaments were played in Archersfield.

On Friday, the weekly American tournament was played under the watchful eye of Brian Doyle.

In Section Two the runners-up were Margaret Sheehan and Roger O’Reilly. Sarah O’Sullivan and her partner Martin O’Carroll took the spoils.

In Section One, the runners-up were Tony Stitchcombe and John Cullen. The winners were Padraig Moore and Mary Verling.

On Saturday night, after the storm, players took to the courts in the ElectroCity sponsored American tournament.

The junior match play for children aged eight and upwards is being played on Saturday and Sunday afternoons.

The finals will will be on Sunday, May 17.

The new points have been allocated for members in line with the Tennis Ireland ranking system. Everyone is invited to check their scores on the notice board in the clubhouse.

Easter coaching camps will be held. Leaflets are available in the reception area.

The next tournament for members, following the current doubles event, is the hardcourt Singles League. The closing date is March 16.

Below is an update on the Ceramica Doubles league, in which 214 players are taking part. Finals night is on March 21.

Helena Gray are doing well in the opposite section. They have played two and won two matches.

In ladies Grade Six, the only couple to complete all their matches at the time of print were Aifric Bolger and Lisa Calliery. They won all six games.

Andrew Campion and Sean Scott are also doing well in the opposite grade six section.