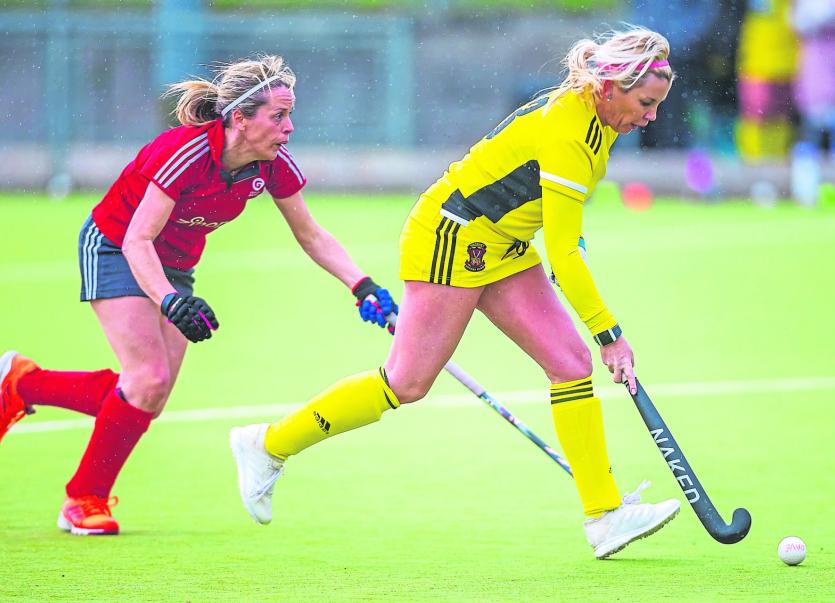 With only a couple of weeks left in their season the Kilkenny Ladies first team have two goals ahead - they are determined to drive into Division Two of the Leinster League and win the Leinster Cup.

The weekend win over YMCA brought the Cats one step closer to their target. Right from the minute the first whistle sounded Kilkenny went straight to work. They let few chances pass them by in the first quarter, winning three short corners.

After minutes of constant pressure on YMCA’s defence line Catriona Carey took a strike which was saved by the ’keeper but Carey didn’t give up. Winning the rebound from the ’keeper’s foot she pushed the ball through the ’keeper’s feet, making it look easy.

The team drove on and continued to boss possession, but YMCA won a short corner for a foul on one of their attackers in the circle. Doireann McCurdy made a superb save, but this time round the defenders were unable to make a full clearance - a rebound ball took the short corner defence by surprise and a finish by one of the YM forwards brought the teams to level.

Kilkenny were stunned, but with half-time approaching they raised their game again. The home side managed to restore their lead before the break, Ava Murphy rifling the ball into the bottom left corner after a great pass from Sinead Connery.

The hard work from the defence, which included Niamh Spratt O’Shea, Sara Browne, Lainey Gilsenan and Linda Caulfield, made it impossible for the YMCA to increase their score line on the day. They made two more short corner saves while Doireann McCurdy used her brilliant skills in goal to stop any strikes made in the second half.

The second half saw the home side push on even more. Showing no sign of fatigue, runs from Paula Farrell, Hannah Kelly, Gemma O’Dwyer and Aine Buggy saw the Cats create more chances in front of goal. The hard work paid off in the last quarter, when Linda Caulfield and Catriona Carey teamed up to set up Hannah Kelly to blast the ball into the far corner.

Sinead Connery was awarded MVP for the game for her hard work on and off the ball. She was the key communicator for the home side on the day.