Everard is a four-minute mile marvel! 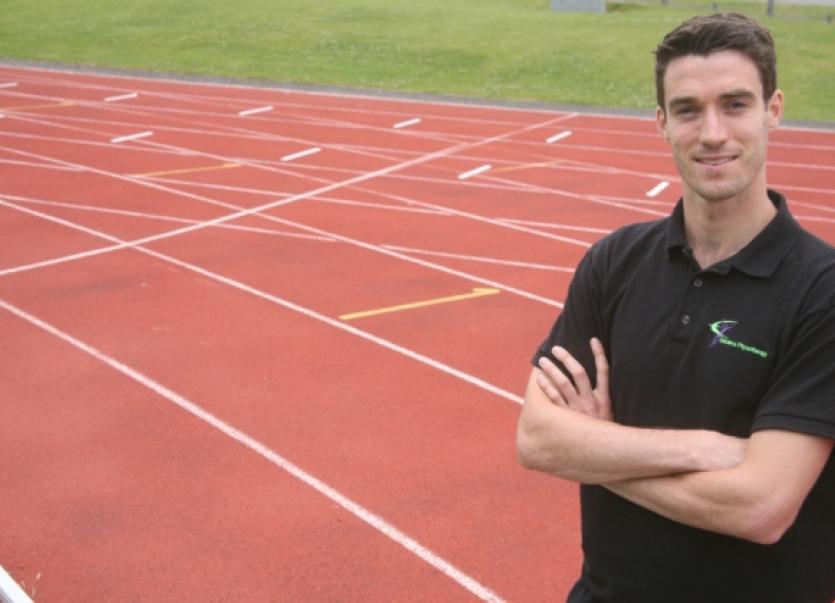 THE most magical of all athletics goals has finally been achieved by a Kilkennyman.

THE most magical of all athletics goals has finally been achieved by a Kilkennyman.

Eoin Everard wrote his name into the record books when he became the first local athlete to break the four-minute mile barrier.

“It’s a magical number - the four-minute mile,” he said. “Even if you’re not into athletics people know that if you can run a mile in less than four minutes then it’s an achievement.”

The Kilkenny City Harriers athlete achieved his incredible feat when he completed the Morton Mile event at the Morton Games in Santry on Wednesday.

“It’s not an event which is run that often these days, but I was lucky enough to get into that international field,” he said. “I decided that I was just going to grab the chance with both hands.”

Keeping a solid pace, Everard completed the four laps of the track in 3.58.93 - the first Kilkennyman to do so.

“There were plenty of guys there to push on the pace,” Everard recalled. “It was a case of staying with them, getting involved with the race and forgetting about the time - just run as quick as you can.

“When I crossed the line I looked up towards where my parents were sitting - I was searching for the thumbs up or thumbs down,” he said.

“Thankfully they gave me the thumbs up. After that, the official time came through (3.58.93) so I knew then for sure I’d broken the four minute mile. I’m absolutely delighted.

“To become the first Kilkennyman to do is incredible,” he added.

“Considering the county has had so many really good athletes over the years, it’s a big honour to be the first.”

Beating that four-minute mile barrier was a long-term aim for Everard, who came close to it last year.

“I ran four minutes flat last year,” he recalled. “It was a great time, but a frustrating one too. In one sense you’re happy at running such a time, but on the other hand you’re thinking ‘God, what if I was just that little bit quicker?’. I remember going back to a friend’s house that night and people were saying ‘well done but unlucky’.

Naturally, it was a different story this time around...

“That was the feeling then,” he smiled. “This time, when I saw people after I’d finished the mile, there was a massive cheer.”

Everard was close last year, but not close enough. In a season of disappointments, he began to question whether or not it was time to call it a day.

“I barely lost the 1,500m national seniors last year - I should have won it, but got pipped on the line,” he said. “I was fuming with myself and, running four minutes flat, I thought it was going to be a case of so near but so far.

“I thought about packing it in, but in my head I felt I could give it one more chance - make a big effort to see what I can do.”

It was a decision which paid off handsomely when you consider his season’s achievements.

“Breaking the four-minute mile was the one I’ve wanted, but all the other stuff - setting a personal best in the 1,500m and running for Ireland again - were things I couldn’t have imagined at the start of the year,” he said. “I’m absolutely thrilled.”

Going into the race itself, Everard was calm and full focused.

“Once I did the four minutes in 2012 I felt I could do it,” he said. “I had to concentrate; I put everything into this year and July 17. I knew that, at 9pm on that night, I wanted to break the four-minute mile. That was the goal from back in September when I started training in Scanlon Park with (athlete) James Ledingham.

“The race was at 9pm which is late for running, but it was a lovely night,” he added. “The organisers had a lot of good guys over from America for the event, as well as some top athletes from the continent, so there were plenty of guys there to push on the pace.

“I don’t know how many times I’ve run 200m in Scanlon Park with (coach) Bob Norwood,” he added. “There’s times when I’ve been absolutely wrecked and wanted to go home, but you do a few more so that when it comes to the race your body knows what to do. You don’t have to think about things - you just run as quick as you can. Thankfully it was good enough.”