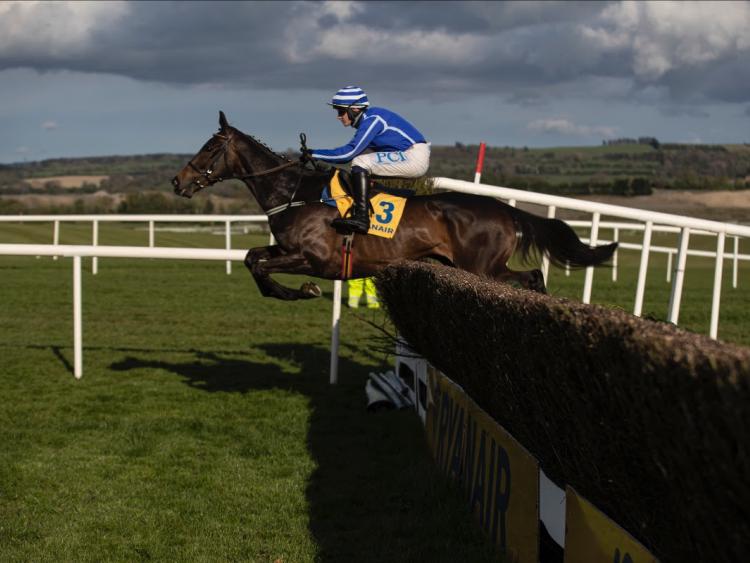 Paul Townend made his first engagement of the day count when adding another Grade 1 to his week’s tally by sconrig on Energumene in the Ryanair Novice Chase for his boss Willie Mullins, who also saddled the 16-length runner-up Janidil.

The triumph moves Townend to just two off a century of winners for the season, now seven clear of Rachael Blackmore in the race to be champion jockey.

Energumene missed Cheltenham due to a minor setback but showed absolutely now ill effects, never seeing another rival and not in any way disconcerted by the quickest ground he has jumped on this term.

It was an 11th winner of Punchestown 2021 for Mullins, but what is notable about that particular statistic is that the Closutton boss has delivered for a different owner on each occasion. This time around, it is Tony Bloom who is celebrating landing the €69,000 first prize and dreaming of Champion Chase glory next year.

With Chacun Pour Soi also travelling the same route next year, that may leave Townend with a particularly difficult decision to make but for now, the Corkman was in buoyant form after enjoying every second of the two-mile trip.

“Chacun was unbelievable here at the start of the week and for a novice to go and do that is special as well,” Townend remarked.

“I got a bit tight to the second last and the last but probably the worst thing I done was have a look and see I had it in the bag. I took my foot off the accelerator a little bit but he’s a lot of fences jumped and from day one, he’s been electric over fences and he sorted himself out.

“To be honest, it’s hard to resist giving him a squeeze everywhere because it’s just so much fun on his back. He does it at his ease. You want to go down and send him everywhere but some day he’s going to have to sort himself out and he’s learning to do that now. He’s class. He’s a joy to ride and I’m very lucky to get back up on him here today.”

Mullins was moved by his charge’s success to employ a bit of Cockney rhyming slang.

“You know that expression that’s used, he’s the dog’s to jump fences. When I saw him jumping the first, I mean he just bent his legs. He didn’t even take off. He missed one or two but he was very safe the whole way around. He just has such a method to jump when he’s really right.”

The champion trainer was anxious to pay tribute to those who have ensured racing has continued while much of the country has been at a standstill due to Covid-19.

“Lots of people can’t get out to work. We’re allowed work and it’s great to be here racing and we have to thank everyone who’s been involved in keeping racing going.”

Mullins brought his tally to an incredible 13 winners by the conclusion of Day 3 when Gauloise brought up a double for Townend in the Listed Close Brothers Mares’ Novice Hurdle for Kenny Alexander before Dysart Dynamo provided Patrick Mullins with his double on the day. Mullins was wearing the colours of Eleanor Manning meaning that all 13 of the Mullins-trained winners were owned by different owners.