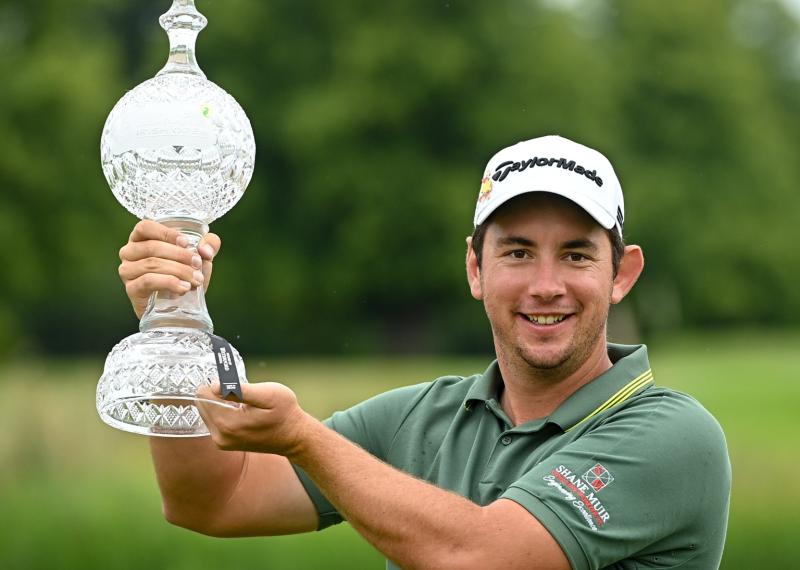 It was the week that the world’s eyes were fixed on Kilkenny as the Dubai Duty Free Irish Open returned to Mount Juliet.

The iconic venue was playing host to the tournament for the first time since 1995. Despite the restrictions on the amount of spectators present, the Kilkenny course put on a show.

While the playing field was affected as a result of Covid, there was still an impressive home-based contingent with the likes of Rory McIlroy, Shane Lowry, Padraig Harrington and Graeme McDowell all on course.

It turned out to be a week of ‘could have beens’ for the Irish players with Lowry and McIlroy in particular threatening to contend at different periods over the four days but their lack of consistency meant they never really got into it.

Despite an up and down week, Lowry still finished as the highest placed Irish person when his final round of 66 helped him come home in a tie for 23rd position.

From a Kilkenny point of view it wasn’t just all eyes on the course, they also had representation in the field with young amateur Mark Power taking part in his second Irish Open after playing at Galgorm in 2020.

The US College student was competitive but on a course where low scoring was a must, Power never really got a run going and he eventually missed the cut.

After impressing at the recent Walker Cup, the youngster has a huge future ahead of himself and this coming week he is part of the Irish side that is taking part in the European Amateur Team Championships in Spain.

The overall title went the way of Australia’s Lucas Herbert, who led from beginning to end. It was a second European Tour victory for the 25 year old who finished three shots clear of Sweden’s Rikard Karlberg.

The Irish Open victory has granted Herbert a wildcard entry to the British Open next week, where Shane Lowry is the defending champion.

The tournament and location went down very well over the course of the week and the spectators on course provided a good atmosphere.

Only 2,500 spectators were permitted to attend on each of the days but prior to Sunday the weather played its part in providing an entertaining spectacle for all that were in attendance.

After missing out in 2020, Mount Juliet were eager for everything to go to plan and so it did with the action going all the way down to the wire on the final day.

As well as the four days of competitive action, the Pro-Am took place on Wednesday with much success as familiar faces from Kilkenny and elsewhere took part.