Four decades on and still going strong; Marble City boxers have a new home on the banks of the Nore 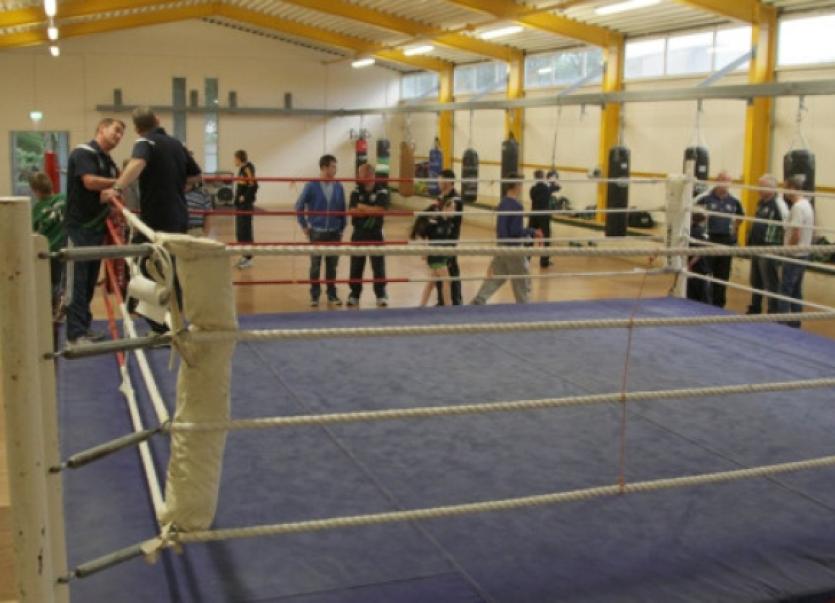 It’s quiet at this time of year for boxing clubs around the country, but one such club are eagerly waiting for the new season to begin.

It’s quiet at this time of year for boxing clubs around the country, but one such club are eagerly waiting for the new season to begin.

After almost 40 years in action, the Marble City boxing club finally has a place to call home, writes Jim Buggy.

For the last number of years the old James Stephens swimming pool on the banks of the Nore was left derelict, locked up and left to sit unused.

While many groups applied to the Borough Council for the site, only the Marble City club ticked all the boxes required. Ross Kehoe is one of the leading committee members in the club, and he spoke of how hard it was to get into the centre in the first place.

“Even getting the site was a problem because we weren’t the only group who wanted the premises,” he said. “It wasn’t just given to us. A system was set up by the Borough Council where all interested groups were to put their name forward, and then they would decide who had the best case. And we had the highest score on all aspects of it.”

The Kilkenny City boxing club was originally started in Clara in 1977, only moved into the city in 1992.

Based in The Good Shepherd Centre the club had a building in which they could further their progress, but over time problems started to arise.

“Our campaign to acquire this old pool probably started when we ran into problems in the centre,” Ross recalled. “Parking, anti-social behaviour and unwanted visitors outside meant that some days we couldn’t even let the lads out for a run. The old centre had a changing room for the boys, but nothing for girls. It became a major issue for us.

“The biggest problem we had was the numbers were too much for where we were,” he added. “It was extremely difficult, tight and confined. We had a lot of pressure on the coaches who could be spending three hours there every evening for training.”

With those concerns in mind, the club began to explore possible options to get their own premises. Noel Kehoe is Ross’s father and one of the original founding members of the club. He was one who had the vision to see that in time, the club would need its own place.

“The funding was going on for almost 15 years but the vision was primarily by my father,” Ross admitted. “We fight a lot but I have to give him credit for that! It was forward thinking on his part.”

To get the premises, firstly the club had to convince the local residents that giving them the building would benefit all in the surrounding area.

“The people on Michael Street and Wolfe Tone Street were extremely supportive to us,” said Ross. “We wouldn’t be here without them.

“We held public meetings with the residents and local councillors. We outlined our plans and they agreed wholeheartedly with us.”

Prior to their public meetings the Irish Amateur Boxing Association (IABA) had agreed to provide up to €25,000 to go towards developing the new grounds, but there was a catch. Club veteran Noel Kehoe outlined the problem they faced at the time.

“We had to have the job done and signed off on before we saw a penny of funding,” he said. “That caused a lot of worry at the time.”

Without any funding to start the project, the club looked inwards and support from their members. Over time, they raised the necessary amount of money required to begin restoring the old swimming pool.

The club’s current president, Billy Carrigan, is involved in construction. Under his guidance, the club had a solid plan to refurbish their new grounds.

With such little resources to draw upon, the club achieved something remarkable by building their gym and paying only for the equipment needed. The rest was voluntary.

With such time and money going into the project, many would think that the club’s work would have been a huge gamble. The committee didn’t see it that way, however, as Ross explains.

“It was a risk, but we knew the calibre of the people in the club and what they were prepared to do,” he said. “They were all ready to do what was needed.

“Yeah, it was a big undertaking,” he accepted. “Relatives of lads in the club and even a few of the locals came down to give a hand.

“We didn’t have the money to pay people, but many came in and helped for free. It was every Saturday, every Sunday and every night for us.”

When the building was finished and all the work had been done, the IABA sent an inspector to Kilkenny to see where their money had been spent.

Ross Kehoe and Richie Ruth were at the club to meet him. Both were delighted at what the representative had to say.

“He walked in, looked around the facility and he said that pound for pound it was the best investment the IABA had ever spent,” Richie declared proudly.

Their new facility allows the club to build on a platform that up until recently they did not have. They plan to have an official opening in the next month, and they also have a fund-raising 10km run coming up on September 28 with all participants welcome. In the meantime however, another development is in progress.

Due to the high number of young boxers who are now training with the elite academy in Dublin, the club has decided to invest in an Olympic-sized ring.

They believe that this will help the county’s most talented boxers when they step into the real thing.

“The idea is that those guys need to be training in a ring which is the same size as what they will be competing in,” said Ross. “With so many boxers in the elite academy, we needed our own Olympic-sized ring. When they get into the ring in Dublin, it’s frightening - it’s a long way across to the far side. That’s why we need the ring here, so that they will be used to it.”

The cost of the ring is something which has proved daunting, but the club are taking the hit for the good of their boxers.

“That ring is going to cost us close to €9,000 and I don’t even like saying that out loud,” said Ross, his fellow committee members laughing as he put his hands to his face in mock-horror.

The move wasn’t a solo run though. He explained that it was a joint decision taken by everyone in the room.

“The lads here are the heart and the soul of this club,” he said. “Without them we wouldn’t be able to do anything.”

One boxer with a bright future is Kevin Kehoe. He competed in the National Senior Cadet final at the weekend, but lost the fight on a countback.

His star is already rising, along with a number of others at the club. With so many training at the elite academy in Dublin the club’s profile is rising. With a number of dedicated and experienced coaches at the helm, the Marble City club looks set to fight on.