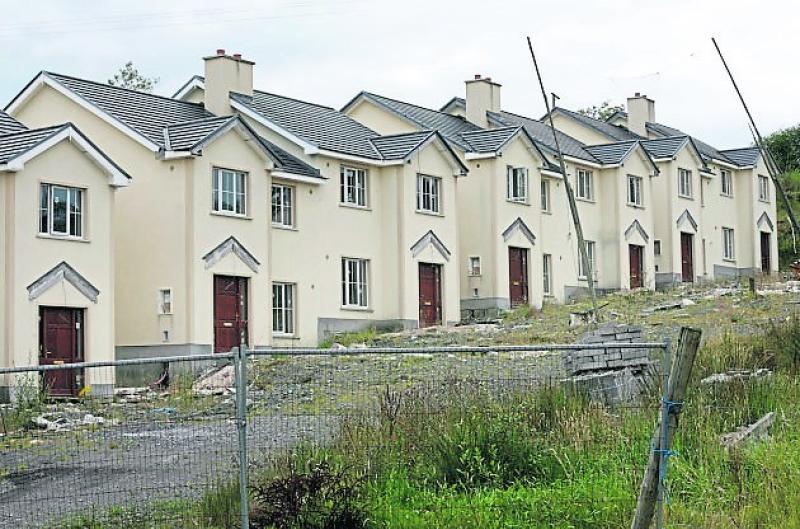 Just one unfinished housing estate from the end of the Celtic Tiger era remains in the Piltown municipal district.

Across the county three-quarters of unfinished estates have been ‘taken in charge’ by the County Council.

Part #2: Brandonvale Pharmacy is at home in historic Graignamanagh building

Click through to see the pictures from Harry Reid

In an update on estates in the Piltown district, Director of Services with Kilkenny County Council, Seán McKeown told local councillors that, in total, there were 44 unfinished estates in the county in 2013. As of 2020 there are now 11.

Abandoned
In 2010 local authorities were funded to make the unfinished estates safe, as many had residents in some houses “effectively beside abandoned building sites,” said Mr McKeown.
An estate in Ferrybank is the Piltown area estate. Planning had been granted for more than 250 homes, but just 60 were built. Not all are occupied.

The ‘taking in charge’ section of the County Council will be liaising with area engineers to survey all 11 estates, early in the new year, according to Mr McKeown. A ‘site resolution plan’ of works will be prepared for each estate and if the developer is still on-site they will be asked to carry this out. If no developer is on-site the council will draw down the building bond to do the work.

Mr McKeown said that about two-thirds of estates taken in charge in the last five years involved drawing down bonds to do works.
A formal request to have an estate taken in charge by the County Council must be made by the developer or a majority of residents.

At the start of 2021 there was a list of 42 estates going through the taking in charge process. Ten estates have been taken in charge this year, but with new applications the list is now 35.

Christmas capers at Kilkenny Castle for the Santa Run