Jockey David Mullins - back in the Saddle 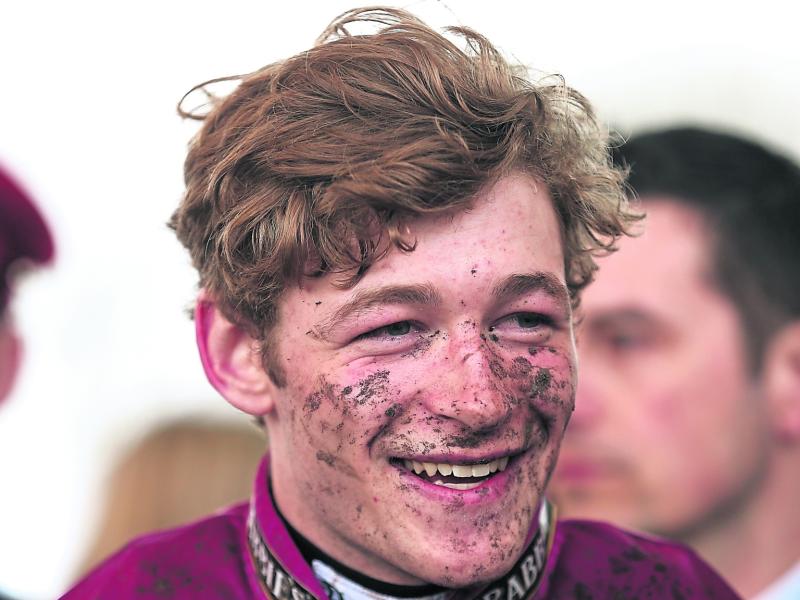 National Hunt jockey, David Mullins, made a spectacular return to racing following  a near career ending injury when he scored at the double in Thurles and Downpatrick recently. “It was great to be back,” was his overall feeling.

The Kilkenny People caught up with David, who is one of Ireland’s leading jockeys, to chat about life and to see how he feels now following the  huge scare.

David rode his cousin Emmet Mullins’ Zero Ten to victory  in the Memorial Novice Chase at Thurles.
Chatting to David after the race, he said: “I’ve won five out of six races on Zero Ten. The ones that keep winning are the ones we like!”

The next day he won on Barnaviddaun for Paddy Graffin in Downpatrick, just three weeks after his first ride following his return   after breaking his back and being told he would never ride again.

It was a weekend that will go down in history in racing, considering David was told he would never ride again after he had a dreadful fall from a horse last October.

Victory can be  sweet and ironic at the same time. David scored  his first big win on his return at the  same Thurles race track where he suffered the awful injury in which he fractured his back and T12 vertebrae last October.

Following the fall he was treated by the emergency medical team on the track before being  air-lifted to hospital.
Mullins took a heavy tumble  from Lean And Kean at the fourth fence in the two-and-a-quarter-mile handicap chase in Thurles.
He spent four months in rehab after emergency surgery on his T12 vertebrae.

Speaking about the winning feeling,  he said: “I rode a winner a few weeks ago,  but to get a good Grade 3 winner for Emmet Mullins, against the good horses in a good race, was super. “The fact it was in Thurles in one of their feature races of the year was pretty good too.”

Throwing his mind back  to the day of the accident, Mullins recalled that it was a normal day. “I went down Thurles to have a ride on a horse called Lean and Clean,” he explained. “He  fell at the fourth fence. I remember everything after hitting the ground. I couldn’t move. I didn’t know what was happening and why I wasn’t leaving in an ambulance. The next thing a helicopter came. ICRR - the helicopter service -  were top drawer. Only for them my experience would have been twice as painful.”

David was flown to University College Cork Hospital. His mother Helen was by his side. “Mam was there straight away and all she had in her head was ‘give it up, give up’ the racing,” he smiled.  “A couple of weeks later as I started to come around, she was all for it for me to get back up again.”

David described his first day at home after spending eight days on his back in hospital as a gift, a memory for life.
He couldn’t believe the kick he got out of something simple like sitting at the kitchen table and eating a bowl of Coco Pops!
“I came home weighing nine stone,” he revealed. “I lost a stone and a half in weight from the day I got the fall to the day I got home. “I wouldn’t be the biggest fan of hospital food,” he added.

The surgeons inserted  two rods and six screws in his back during the delicate operation. David had to wait it out after that: a wait of four months. “The back was sore and I couldn’t really move,” he told us. “For six weeks I did nothing, but I did burn Netflix out of it!”

He suffered the injury just at things were coming into the racing calendar’s ‘good time’ of the year. So in order to help keep himself sane, he watched a lot of racing. He believed that keeping the  mind occupied was huge in the recovery process.
“I am very lucky,” he admitted. “I have been brought up in racing and I live beside my dad’s racing yard. It was great to sit into the car and go to the yard to look at the horses.” Again, the simple things, he reminded.

As he began to feel better, the urge to get back racing became stronger and stronger. “I felt lucky,” he said again. “I didn’t really mind the recovery as long as I felt I could get  back riding eventually. “I was told after surgery that I would never ride again. That was hard to take, but I never gave up hope.”

After six weeks of rest and recuperation, David began to feel  stronger, and with that, his confidence grew. “Every week that goes by and you are getting stronger and fitter, you start thinking about making a living again,” he added.

The Injured Jockeys Fund, which  provides  support in a prompt and sympathetic manner to jockeys who are injured, unable to ride, or generally in need, came to the rescue. That  Fund is hugely  important to jockeys. David insisted  he would not be a jockey if it wasn’t  in place. He expressed his  gratitude to the organisation for everything they do and did for him. 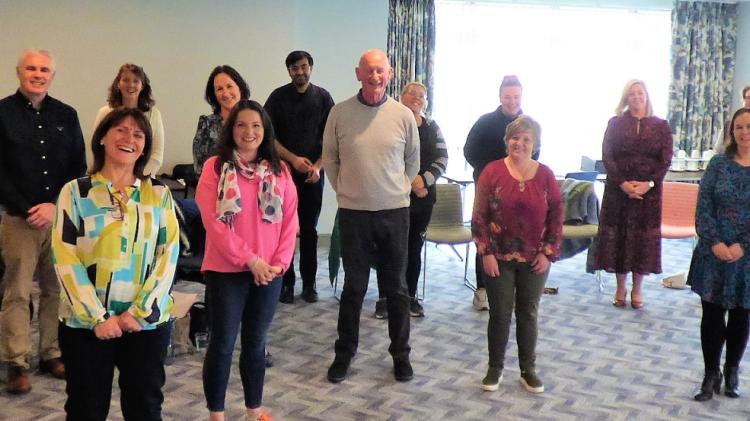