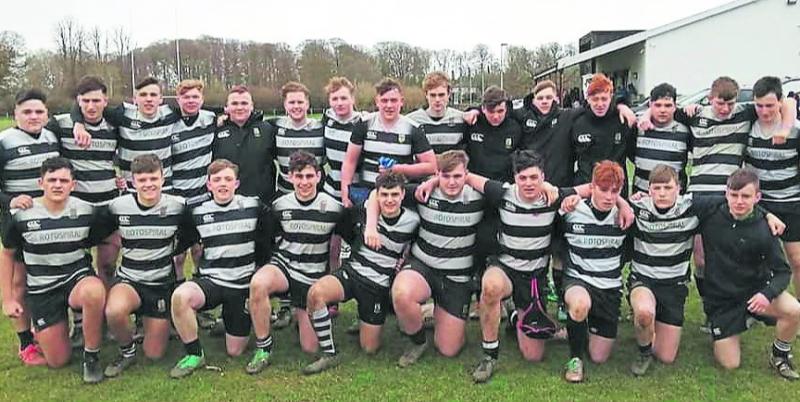 Kilkenny will now play Carlow in the Leinster League final

The approaching Storm Jorge was no match for the spirit of the Kilkenny under-18 rugby team as they got past a tough Athy challenge to book their place in the Leinster League Division One final.

Played in windy but dry conditions at Foulkstown, the foundations of Kilkenny’s victory came when the side delivered a stirring performance.

Playing into the wind in the first half Kilkenny, in their best half of rugby, managed to keep Athy scoreless. The Cats didn’t have such a problem themselves, scoring two cracking tries through wing Jack Aposatto.

Kilkenny’s discipline was excellent in that first half. The side didn’t concede a kick at goal, while the creative interplay between backs and forwards could have yielded more scores.

The second half was a tougher tale. Athy turned into the wind and reversed roles, taking play to Kilkenny through their outstanding pack of forwards who retained possession and frustrated their hosts.

Still Kilkenny were not under pressure score-wise, and some good tactical kicking kept Athy at bay.

Athy’s ability to retain possession began to frustrate Kilkenny and their discipline collapsed, conceding unnecessary penalties in their search for some ball.

Athy scored a try after 19 minutes of the second half to close the gap but a rare Kilkenny attack saw Jamie O’Keeffe kick a penalty to move 13-5 clear.

Kilkenny failed to convert two half chances into tries after excellent approach work. Such scores which would have sealed the game but the let-off invigorated Athy.

That left the side desperately defending their line for the remaining 13 minutes. However, the side held firm.

Athy were held up over the line in the last play and Kilkenny forced a final knock-on to see them clinch their place in the final versus old rivals Carlow.

This will be the final youths game for many of this side who, under captain Dan Dowling, have played in league finals at under-13, 14, 15 and 17 levels.