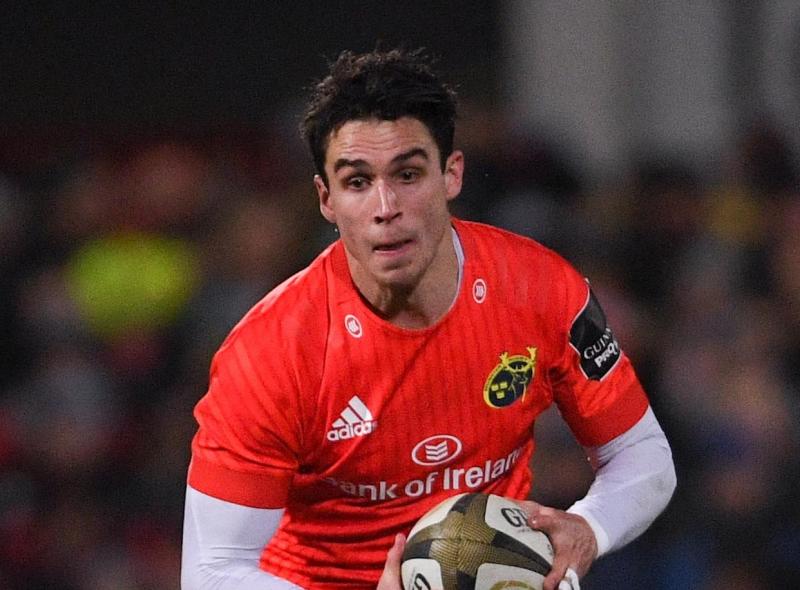 OUT-HALF Joey Carbery is closing in on a return to action as the province prepares for Friday night's crucial Guinness PRO14 clash with Cardiff Blues at Cardiff Arms Park, 8pm.

Twenty five-year-old Ireland international Carbery has not featured for Munster for more than 13 months due to an ankle injury.

However, Munster have been reporting positive news in relation to play-maker Carbery in recent weeks, revealing that he is increasing his training load further as he continues his return from long-term injury and suggesting he is in line for a return to action very soon.

Munster defence coach JP Ferreira said this Tuesday: “He is training. Obviously they are amending his training so he is in and out, but he really looked good last week and he has just got to keep on going.

“He probably is (getting close to a return to action), but there is no pressure on him. We are not putting pressure on anyone. He needs to be 100% in his mind and the medics need to be 100% on it.

“He is looking good currently, probably needs a bit more contact, but that will come.

“He has to just come through training and if it takes another week or another two weeks or another three weeks, that’s just want it’s going to be.

“He might not play this weekend, I can’t tell you. It’s up to him, the medical team and Johann.”

Next month's home fixture with Conference B second-placed Connacht at Thomond Park is set to be a key outing for Munster in their bid to secure a first Guinness PRO14 final berth since 2017.

Conference B pacesetters Munster enjoy a nine-point advantage over Connacht with now just four games to go in the Guinness PRO14s regular season.