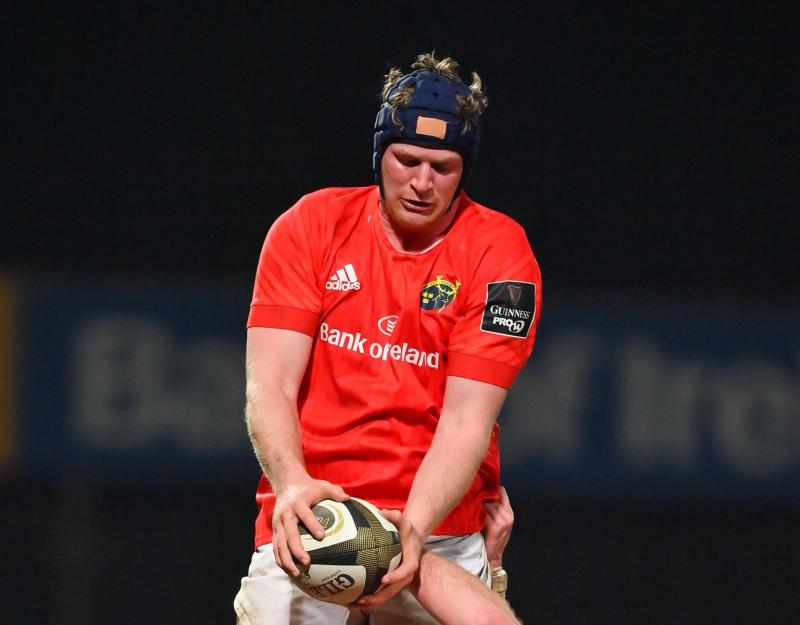 Tomorrow's fixture is Munster's final outing before their big Guinness PRO14 final showdown with Leinster at the RDS on Saturday week, 5pm.

There is a senior debut for Garryowen’s Cian Hurley at Thomond Park tomorrow evening, with Diarmuid Barron, Jake Flannery and Paddy Patterson all making their first Munster starts.

Four Greencore Munster Rugby Academy players are set to feature as Thomas Ahern and Flannery both start with Jack Daly and Ben Healy among the replacements.

20-year-old Clonakilty man Hurley makes his Munster debut in the second row. A product of Clonakilty RFC and CBC, Hurley has made five appearances for Munster A this season and is a member of the National Talent Squad.

Flannery, who will advance to the senior squad next season, makes his first start for the province at full-back having made his previous two senior appearances off the bench.

There will also be a first start for hooker Barron on his 11th appearance for the province with loanee scrum-half Patterson making his first start after his debut last week.

Andrew Conway and Liam Coombes join Flannery in the back three with Rory Scannell and Alex McHenry forming the centre partnership.

Patterson and JJ Hanrahan start in the half-backs.

Liam O’Connor, Barron and Keynan Knox pack down in the front row with Hurley and Ahern in the second row.

Matt Gallagher is among the replacements and set for his first action since sustaining a shoulder injury in November.

Tommy O’Donnell is in line to make his 186th Munster appearance and feature for the first time since January.