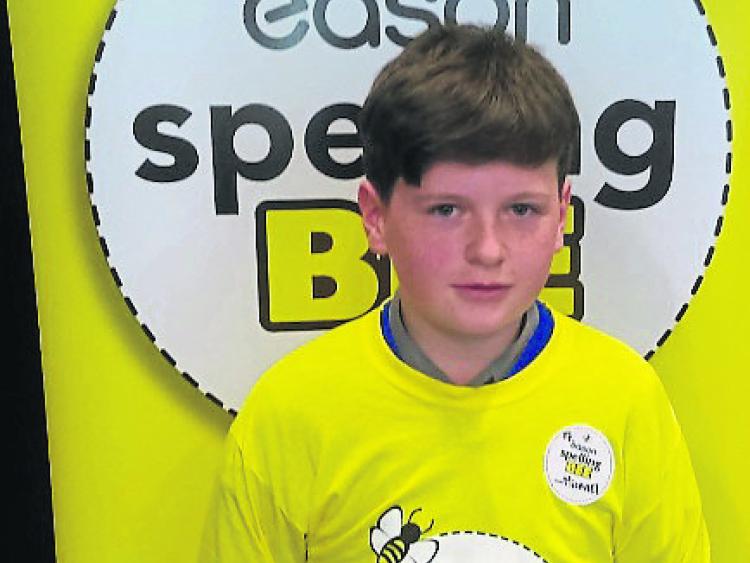 A student from Scoil Phadraig in Ballyhale has been announced as the winner of Eason's Kilkenny Spelling Bee, which took place last week in Bunscoil McAuley Rice, Callan.

Twelve-year-old Michael Cullen, who is in sixth class, had to fight off stiff competition from 18 spelling enthusiasts. He will now be entered into the Leinster Provincial Spelling Bee final, which takes place in June.

The nationwide competition is part of an overall Eason literacy and reading initiative to encourage and inspire children to develop their spelling and pronunciation skills. Over the years, the competition has helped school children gain a greater appreciation of words in a fun and educational way.

“Now in its seventh year, we’re hoping to build on the success of the current Spelling Bee record of 1,100 school participants and encourage everyone to get out there and support their local bees,” says Group Head of Marketing at Eason, Brendan Corbett.

“We are also delighted to welcome our new ‘Spelling Bee Masters’, Dermot Whelan and Dave Moore, into the Eason family this year. The Today FM duo is set to host a range of , social and on-air updates, while Alison Curtis will provide a number of live reports from around the country during the competition.”

The ultimate spelling contest starts out with registered schools holding their own in-school bee to find their school champion. The Spelling Bee team then travel around the country to hold the County Final Bees, which then leads to four Provincial Finals culminating in the All-Ireland Final in June.

The All-Ireland winning school will receive a collection of books for their library to the value of €7,500 and the winner themselves will be awarded a goodie package full of books worth €500 and the prestigious title of the 2017 Eason Spelling Bee champion.

Keep abuzz with all the 2017 Spelling Bee news on www.easons.com/spellingbee and @easons #EasonSpellingBee.