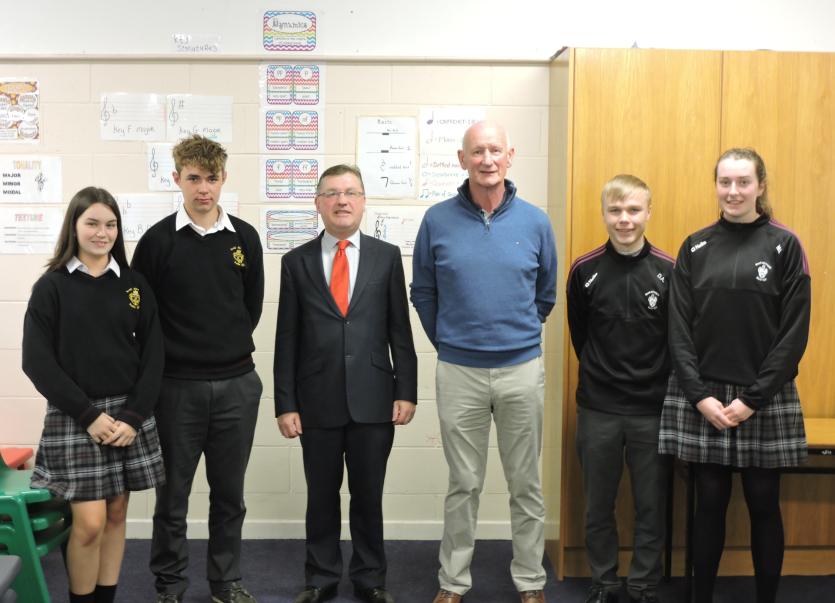 Brian needed little introduction given his hugely successful career and his long association with past pupils of the school on senior hurling and camogie panels. Principal of Scoil Aireagail Liam O’Brien, reminded him in his introduction that the last Kilkenny All-Ireland hurling winning side had five former Scoil Aireagail students on the pitch as they lifted the Liam McCarthy cup.

Brian touched on a number of important points when speaking about the secrets of success. His over-riding message was of the importance of self-belief. He cited a number of players whose self-belief meant they progressed from not being obvious choices for first teams, to going on to become some of the most celebrated hurlers of their generation.

He also spoke about determination, resilience and commitment as being important ingredients in achieving your potential in sporting and other aspects of life. In a question and answer session with the students, he assured them that Kilkenny had every chance of winning the All-Ireland in 2019.

He concluded by exhorting the students to find and exercise their leadership potential. Principal O’ Brien said there is no doubt that the students will benefit from his insight into the key factors influencing motivation and success and will use it to their benefit as they engage with their preparations for the Leaving Certificate.