Loreto Kilkenny Build a Bank teams have done very well over the years, reaching the final stages on several occasions 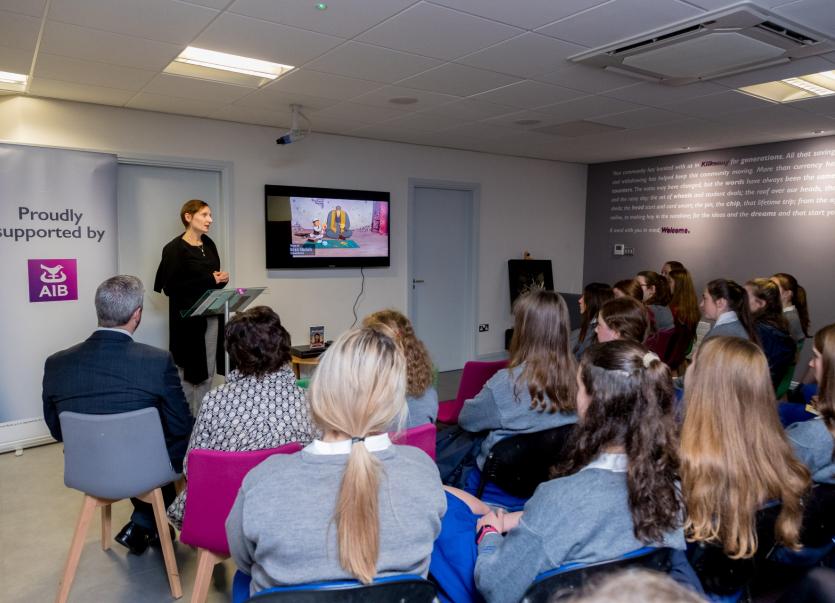 Loreto Kilkenny students recently celebrated the launch of their AIB Build a Bank Programme 2018 with an inspirational talk from Nora Twomey of Cartoon Saloon.

The event included a special screening of ‘The Breadwinner’, Cartoon Saloon’s new animated film. The AIB Build a Bank Challenge is an intiative involving a team of six students managing a bank in their school. They hope to represent their school in the national competition, which has an overall prize of €5,000 for the winning school.

Currently in its 17th year, the programme has gone from strength to strength. Last year, nearly 200 schools from across the island of Ireland took part. The highlight was the two-day Student and Careers Expo along with the national finals in the RDS, which was a fun and informative event for all who attended.

The aim of the challenge involves much more than mere day-to-day banking – it rewards students for their creativity, innovation and entrepreneurship. It gives students a chance to give back to their school or local community and to learn skills that will stand to them.

The AIB Build a Bank Challenge aspires to have a positive effect on everyone involved — the team, the school community and the wider community.

Over the years, the Loreto Kilkenny Build a Bank teams have achieved tremendous things through this programme, reaching the final stages of the competition on several occasions and doing great work on behalf of the local community with projects such as the link up and fundraising for the O’Neill Centre.

Nora Twomey’s final words of encouragement to all the students were in keeping with the general message of the Build a Bank Programme — ‘to keep asking questions’ and ‘to be as creative as you can be’.