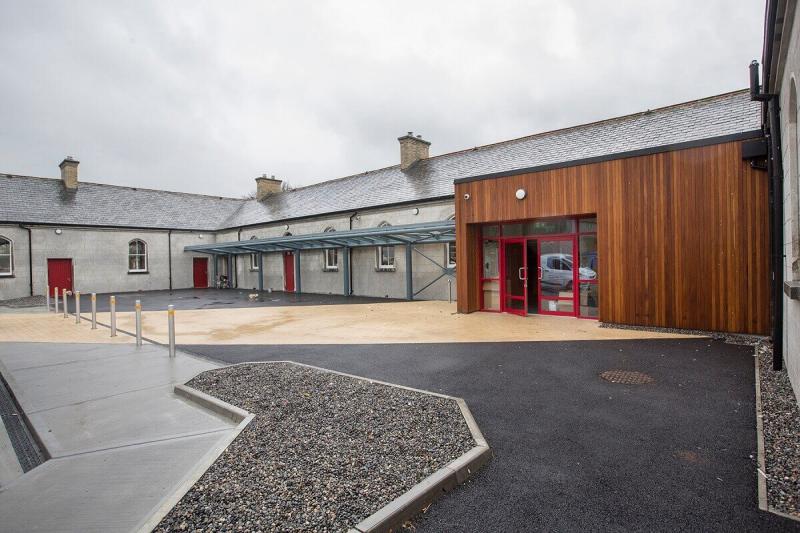 St Brigid’s College, Callan, where the new school campus will be based

Approval of a major new school development paves the way for co-ed secondary education in Callan.
The Department of Education and Skills has given the go-ahead for new classrooms and facilities that will form part of the new Coláiste Abhainn Rí.

New facilities that have now been approved by the Department of Education and Skills include six new classrooms as well as specialised subject rooms for woodwork, technical graphics and a science lab, along with store rooms and toilet facilities for both staff and students.

The new school will have a dedicated autism unit with two classrooms and a sensory room, two time-out rooms, a life skills room and an office area. A sensory garden will form part of this development.
Extra circulation space and room for an extra 223 student lockers will be included in the new school building.

The new school now has it’s own roll number and has been officially recognised by the Department, which is seen as a mark of respect for Coláiste Abhainn Rí.
The Department of Education has approved funding for this development but the exact figure has not been released as the next step in the process is to go to tender to appoint the final design team, and then the construction company, for the development.

This Department approval is the latest step in a process over several years by dedicated staff, trustees and all those involved with both schools.
In the last year the whole school community was consulted in choosing not only the name of the new school but the new school crest and the uniform.
A temporary Board of Management, to be in place for one year, will be appointed next month. Trusteeship of the new school will be shared.

Principals at both St Brigid’s College and Coláiste Éamann Rís have warmly welcomed the news.
Majella Gleeson, principal at Coláiste Éamann Rís, said they expect things to progress quite quickly now, and the amalgamated school will give students a lot more options.
Principal of St Brigid’s College, Sally Ronayne, said the new school will still be a voluntary, secondary school with a Catholic ethos, which trustees worked hard to bring to fruition.