Coláiste Abhainn Rí will officially open its doors in September 2022 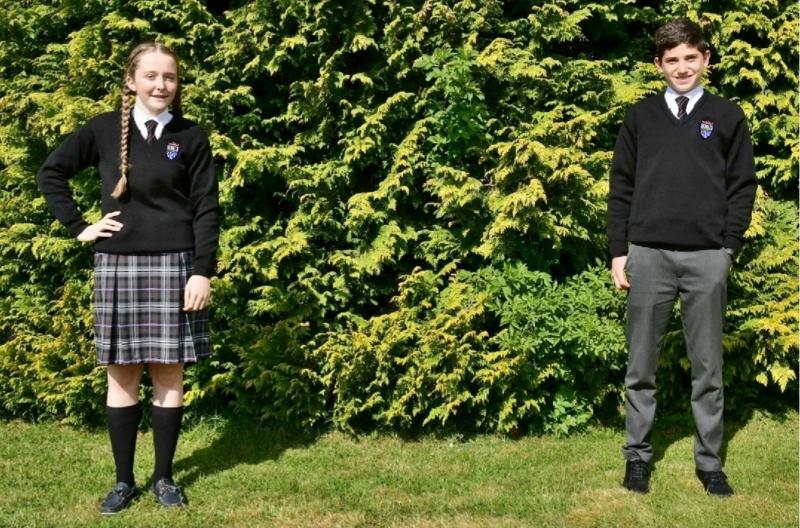 New links are being forged, policies written and uniforms designed for a historic step forward in education in Callan.
From September 2022 two secondary schools will cease to exist to be replaced with Coláiste Abhainn Rí - an amalgamated, co-ed school and the first independent, Catholic secondary school outside Kilkenny city.

Coláiste Abhainn Rí will incorporate Coláiste Eamann Rís, the boys-only CBS secondary school, and St Brigid’s College, today a girls-only secondary school founded by the Mercy Order.
First conversations to bring the schools together were held about 20 years ago, but it was three years ago this process began. Since then, cooperation has marked the process, between the two schools and between the schools and the community.

That the primary schools in Callan amalgamated in recent years was a precedent for the community and alleviated some nervousness among the students, parents and teachers involved .
A steering committee is leading the work, and sub-committees of teachers and others are taking on the many responsibilities of the project - like drawing up a Code of Behaviour, designing a school crest, and choosing the students’ uniform.
Trusteeship of Coláiste Abhainn Rí will be shared by the trustees of the existing schools - CEIST and ERST.

Just last week the new crest for Coláiste Abhainn Rí was unveiled and in recent months a new uniform was designed, unique in Ireland.
Both projects brought together the communities, images and ethos of the two schools and the heritage of the wider Callan community.
Another major step forward for the new school came two weeks ago, when the Department of Education and Science formally approved building plans for additional classrooms and facilities. It will be located on the St Brigid’s College Campus. The Department has recognised the new school by giving it it’s unique roll number.

As the two school communities forge closer bonds in advance of the official ‘first day’ as a school, students will start to share classes from next September. This will allow the students to study subjects that are currently available in one school but not the other. Students in first year and the senior cycle years will be involved. It highlights a key advantage for students after amalgamation, a wider variety of subjects available to all. New for the boys will be home economics while the girls will be offered woodwork and metalwork.
A curriculum committee has been working on this, surveying what was wanted and creating a timetable.

Coláiste Abhainn Rí
Choosing a name for the new school was straightforward. More than 100 suggestions were received, which was whittled down to a shortlist of five and put to a vote. The name ties the school to Callan and the Kings River that flows through the town, and as soon as it was chosen, in February 2020, it was embraced and replaced the phrase ‘new school.’ 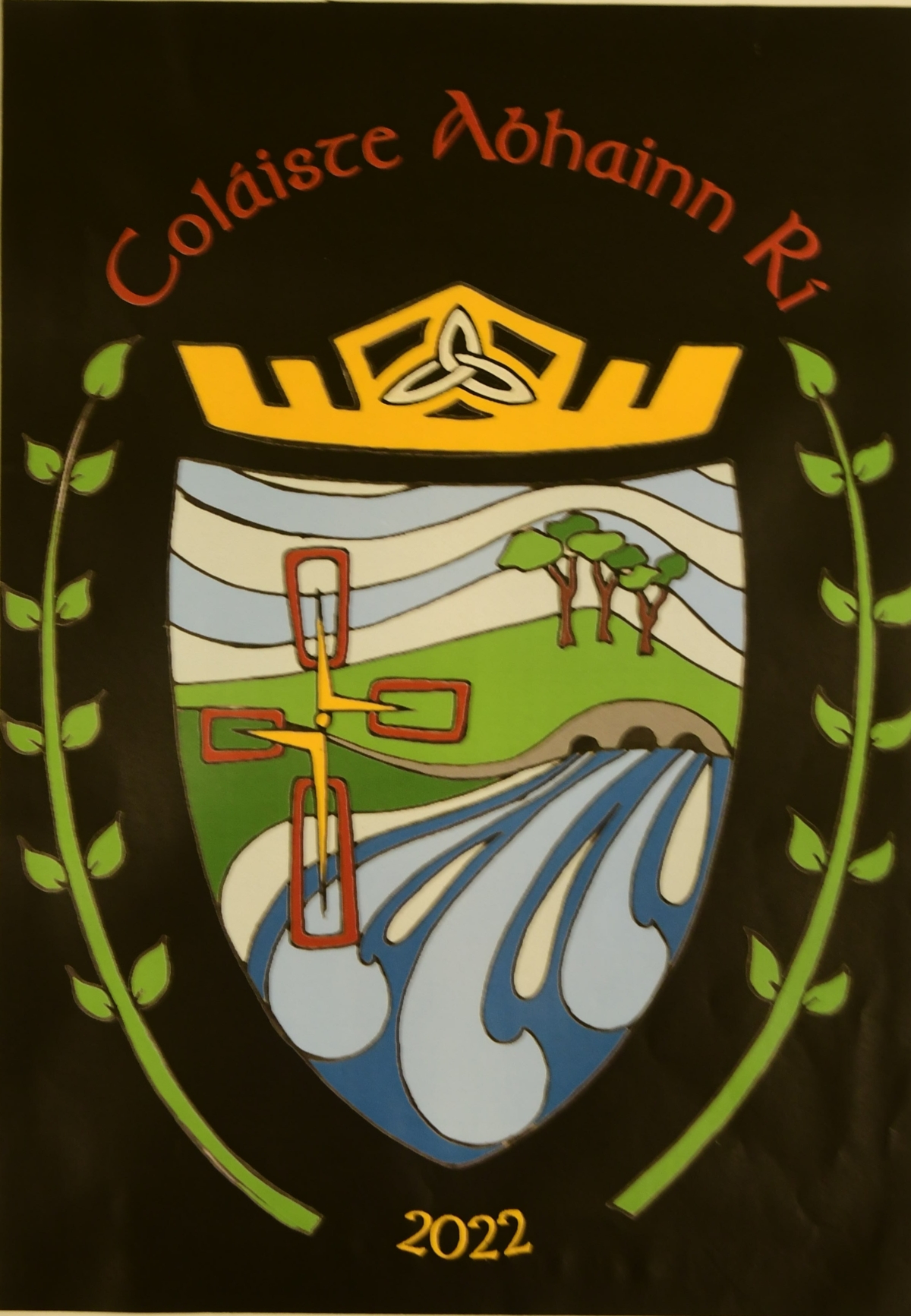 The expertise of the art teachers in both schools was called upon to bring the winning themes and images together. Joanne Bibby from Coláiste Eamann Rís and Joanna Sheehan from St Brigid’s College worked together to design the new crest. The unique cross they fused from the cross of the Christian Brothers, the cross of the Mercy Order and the St Brigid’s Cross.
It’s now a lovely symbol of both schools and students can see the elements they designed become part of the identity of the new school. 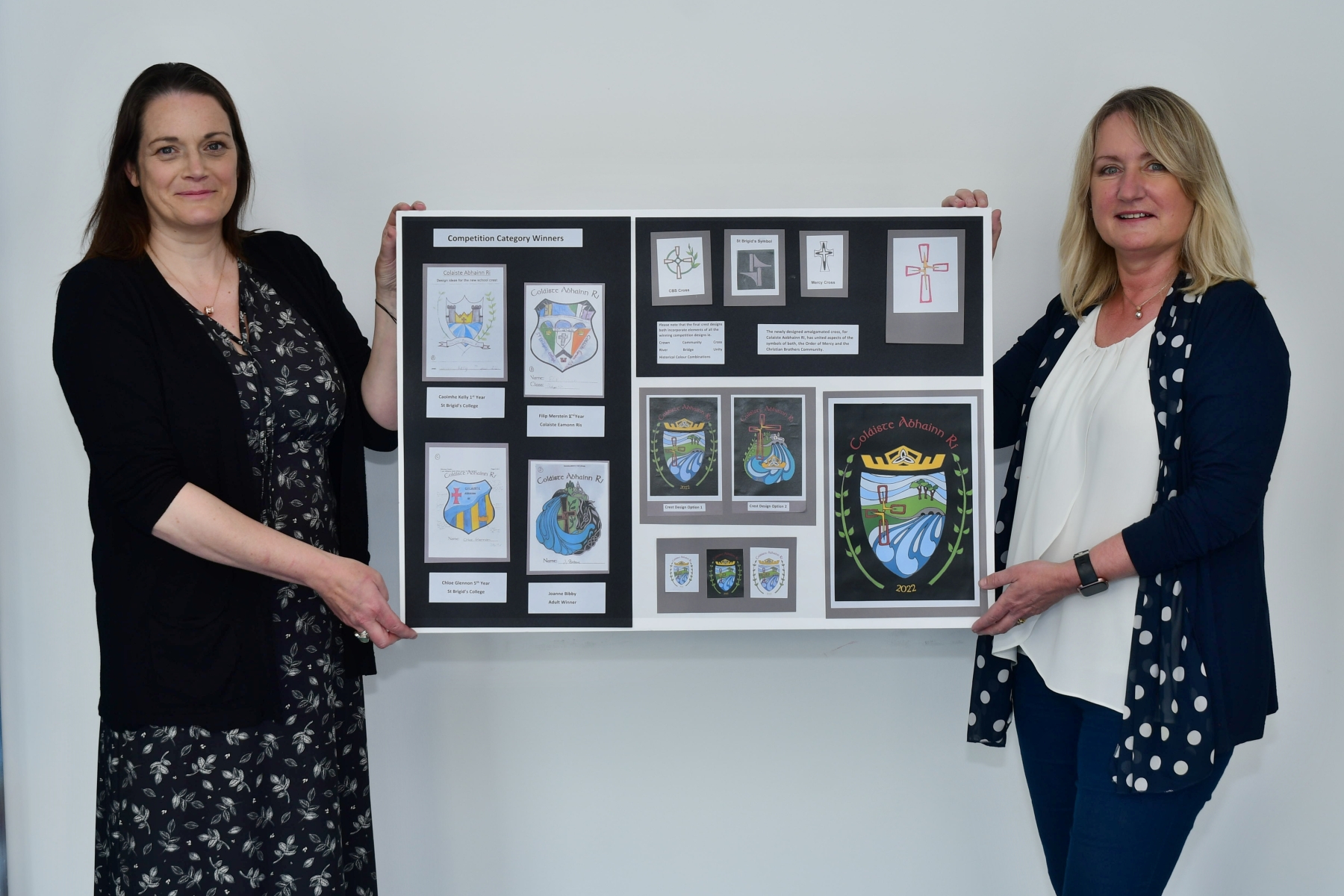 ABOVE: Joanne Bibby and Joanna Sheehan with the story of how the new school crest was designed. PICTURE: HARRY REID

Uniform Design
A smart, uniquely designed uniform awaits the students of Coláiste Abhainn Rí. From a survey of pupils, parents and teacher, to market research and a focus group where they considered every possible colour of uniform, a design has been created that no other school in Ireland has. It is completely different to the uniforms of the current schools and includes the colours blue, black, grey and wine in the tartan and the tie will be grey and blue with a black stripe. A puffa jacket will complete the uniform.
O’Brien’s in Callan will be the only stockists of the uniform, maintaining a community link with a supportive local business.

Mission Statment
The Mission Statement for Coláiste Abhainn Rí will be: ‘We are a Christian school community of inclusion and care rooted in the Catholic ethos of teaching and learning. We are committed to maximising the potential of each student in an atmosphere of mutual respect. We place our students at the heart of everything we do.’

Staff of both schools came up with the key values they wanted the statement to encapsulate, a committee worked on it, bringing it to the steering committee and trustees for approval.
Over the next 12 months work will continue on drawing up school policies, to be ratified by the incoming Board of Management. The most important will be the Code of Behaviour, and the body of work will include an anti-bullying policy and school prospectus.

For two decades principals of both schools, and Boards of Management, have supported the amalgamation, as have the Christian Brothers and Mercy sisters. Many have retired, moved on to other positions or passed away before the amalgamation became a reality, but those leading the project today are very grateful to all those who demonstrated leadership and worked hard to lay the foundation for what will be Coláiste Abhainn Rí.