Scroll down to read more then click 'NEXT' to see lots more photographs! 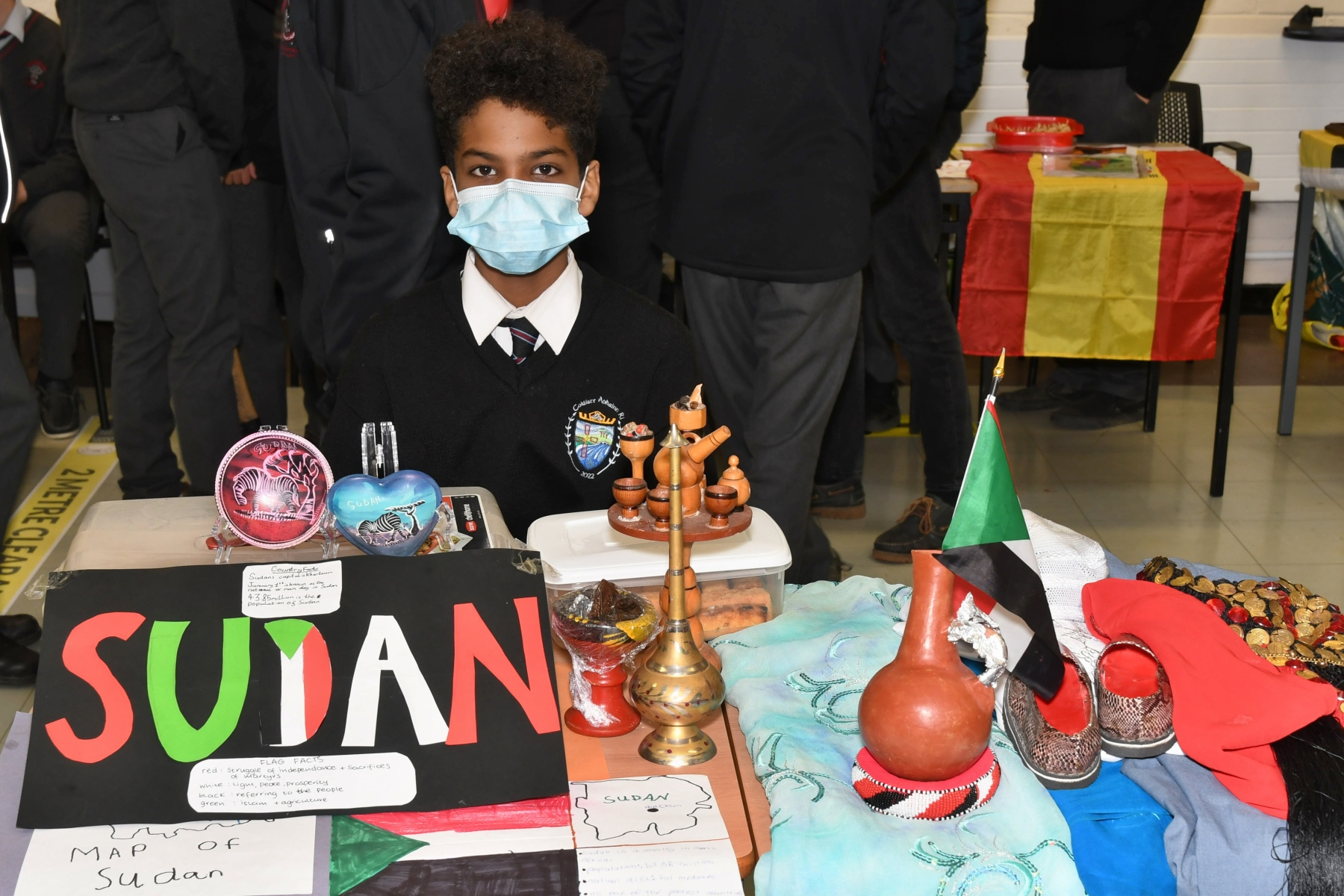 In a school of just over 300 students there are 33 different nationalities in the CBS, and many were represented on the day - with displays from as local as the Irish Traveller Community students and Tipperary boys in the school to students whose heritage is in Asia and Africa. Also represented were many European and Arab countries.

Each group of students put a huge effort into their display - with many playing music from their family’s homelands and bringing in foods that are eaten there. There were colourful, national flags on display as well as maps, history and national legends.

Teacher Martina Griffin explained the celebration of cultures is part of the process for the CBS to become a ‘School of Sanctuary.’ They will document the type of school they have always been, she said, a fully-inclusive community, irrespective of background or culture, where everybody is welcome.
This was echoed by Ned, Tommy and Aiden, students from Tipperary, who set up a Tipperary display to make their own point that you don’t have to be from Kilkenny to be welcomed at the school!

Tyrese, whose family are from Nigeria, enjoyed the opportunity to explain to his classmates where Nigeria is and to talk about family life there.
Craid, whose family is Romanian, said it was important to him to show his friends where his heritage is from.
During the week students also heard from the Al Hamoud family, Syrian refugees who are now living in Callan and attending the CBS.