CBS and Loreto Kilkenny join forces for Footloose spectacular - get your tickets now! 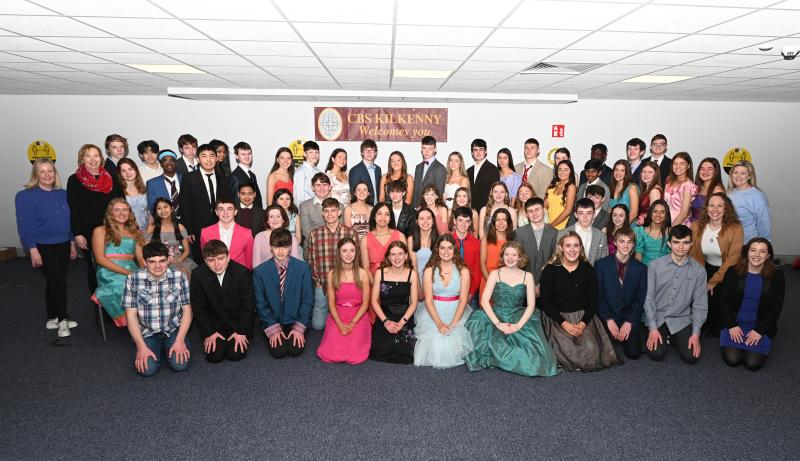 All eyes will be fixed on the Watergate Theatre stage next month as two city schools are primed and ready to bring the hit musical Footloose to life!

Based on the 1980s screen sensation that took the world by storm, Footloose sizzles with spirit and fun and the best of Transition Year talent from CBS Kilkenny and Loreto Kilkenny.

Behind the scenes, Director Niamh Dooley and choreographer Michele Wise have been working alongside the wonderful talents of musical directors Mandy Dowling, Trish Johnson and Tara Gallagher to bring all the pieces together.

TY students from both schools have been working around the clock in recent weeks in conjunction with the production team in a bid to deliver a high energy show full of dancing and legendary 80s rock anthems.

There is delight in both schools that the popular tradition of combined local school productions has been reignited.

The cast and crew are also looking forward to bringing happiness and positivity to local people’s lives after what has been a difficult period for the live entertainment industry and for society as a whole.

With fabulously directed choreography, audiences will be able to enjoy classic 80s hits including ‘Holding Out For A Hero’, ‘Almost Paradise’, ‘Let’s Hear It For The Boy’ and , of course, the unforgettable title track ‘Footloose’.

The stage adaptation of Footloose follows the story of Ren McCormack, a teenage boy from Chicago.

City boy Ren thinks life is bad enough when he’s forced to move to a rural backwater in America but his world comes to a standstill when he arrives at Bomont to find dancing and rock music are banned.

Taking matters into his own hands, soon Ren has all hell breaking loose and the whole town on its feet.

‘Footloose! The Musical’ is a classic story of overcoming grief and experiencing growth and emotional healing, symbolically represented by dancing, as well as persevering with determination to fight for the things you love most.

So what are you waiting for? Book now to avoid disappointment.

QUIZ: How well do you know famous people from and/or associated with Kilkenny?