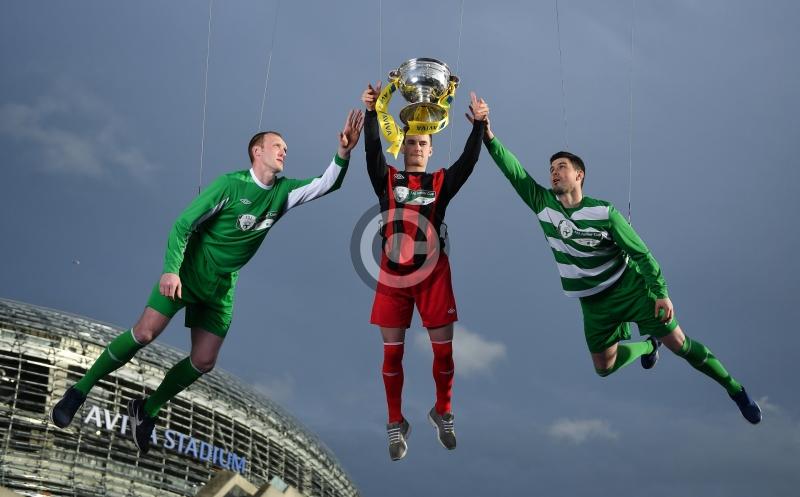 Evergreen's Sean Barcoe reaches out for the FAI Junior Cup. He and his Kilkenny team-mates will be hoping to reach the semi-finals this weekend.

The dream of lifting the FAI Junior Cup burns brighter than ever for Evergreen, with the road to the Aviva Stadium coming back into their view this weekend.

The Kilkenny side will have some last eight action when they gear up for a Super Sunday clash with Kilmallock United, but Packie Holden’s side will face a tough test from their Limerick opponents.

Kilmallock, who earned their last eight spot thanks to a penalty shoot-out win over Dublin’s Donnycarney, will bring a confident side to Evergreen Park for Sunday’s quarter-final (kick-off 2pm).

The visitors showed strength in defence in their last 16 win on the road, with central defenders Jason Heffernan and Bennie Burke impressing, while midfielder Barry Sheedy provided a valuable outlet, retaining possession to relieve pressure on his side when needed. Kilmallock are no slouches on the scoring front either – Paul Doona scored the goal to give them the lead in Donnycarney, and while the home side drew level, Kilmallock’s prowess in the penalty shoot-out saw them prevail. Barry and Paudie Sheedy hit the target, as did Niall Hanley and Niall Burchill as they set up that clash with Evergreen. 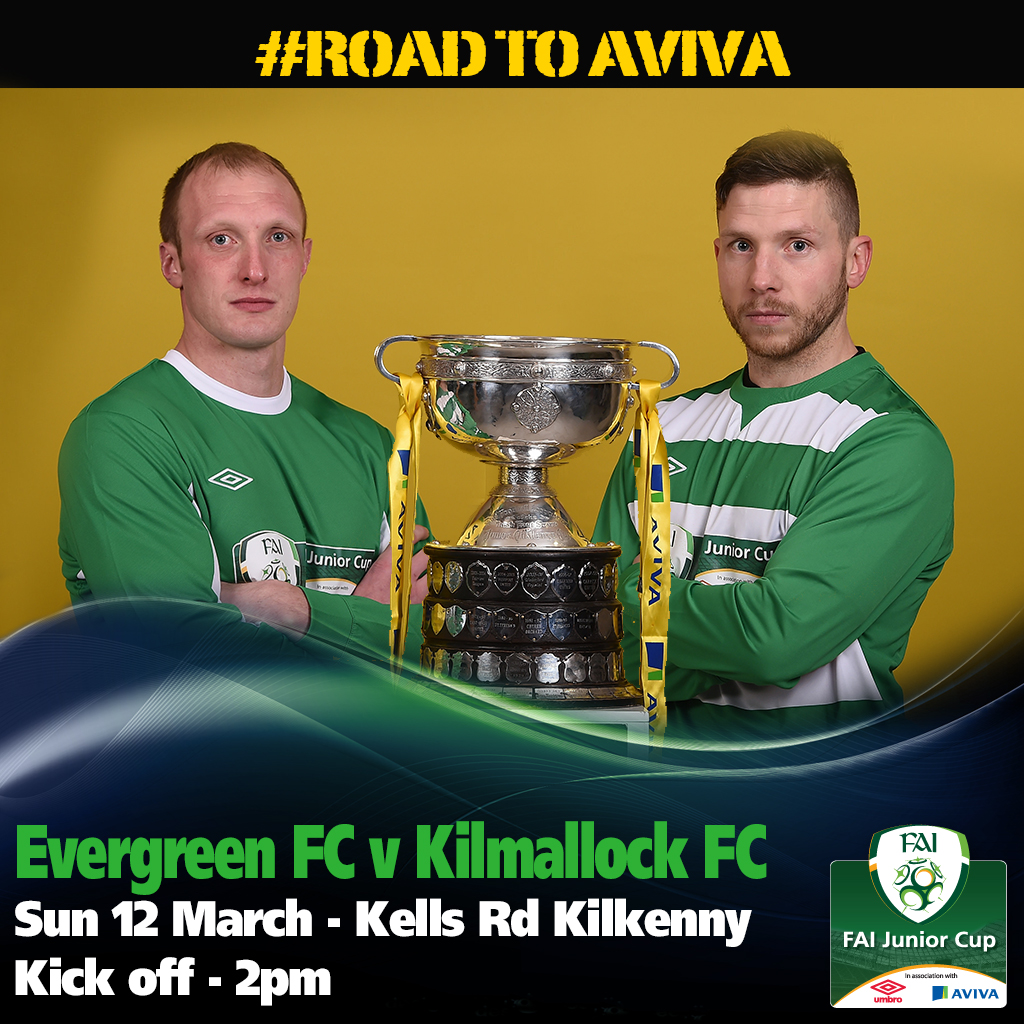 If anything, Kilmallock’s good Cup run may have been to the detriment of their League form. In the bottom half of Limerick’s Premier Division, they currently trail leaders Janesboro (who take on Killarney Celtic in the quarter-finals on Saturday night) by 10 points but are well clear of relegation trouble. They have better luck in the scoring charts, with Barry Sheedy their leading scorer with 17 league goals. Tom Heffernan is also into double figures for the Limerick men, giving Evergreen two targets to contain on Sunday.

However, the hosts will go into the game with high levels of confidence. Evergreen have impressed in their FAI Junior Cup run this season, a run that started with a 3-1 win away to Mullingar Town at the start of October. Sean Barcoe, Shane Hanley and Conor English grabbed the goals that secured the win in Westmeath.

They earned an easy passage through the next round, getting a walkover from Newtown at the end of October, then showed their mettle with a 5-0 win over Carrig Celtic in December. Two-goal hero Mikey Drennan was the man in form, his impressive free-kick the highlight of a win in which Ben Hickey, Jason Quan and Ciaran Snype also got in on the scoring act. 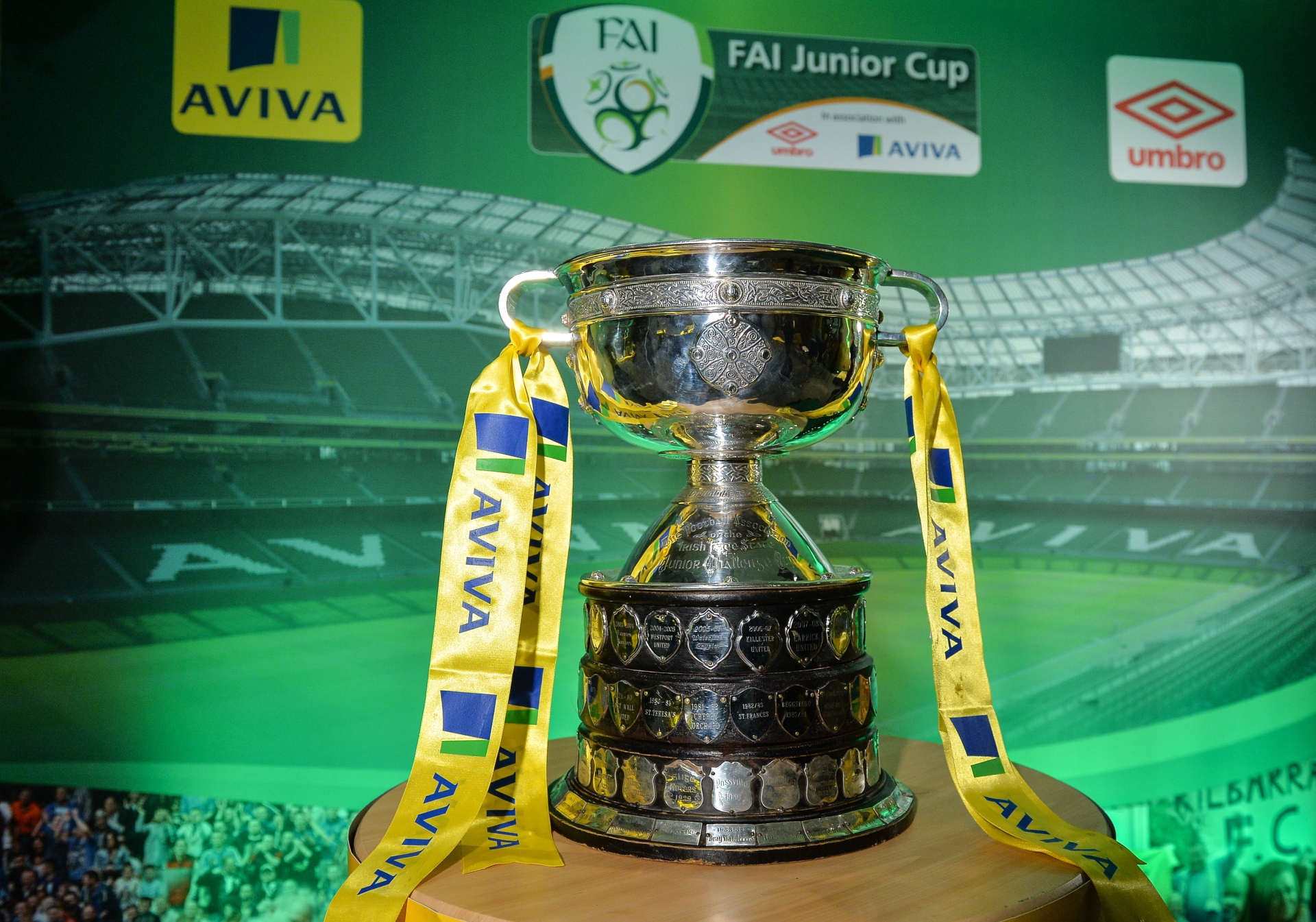 Evergreen kept up their winning form when the competition resumed in 2017. Their resilience came to the fore when they took on Newfoundwell, bouncing back from conceding an early goal to go 3-1 up before half-time. A Conor English brace, plus Drennan’s third goal in two games, did the damage. They did leak a second to the hosts in the second half, but a strong defensive display took them into the last 16 meeting with Willow Park.

The Athlone side have been a bogey team for Evergreen over the years, but there was no way the city side would lose this tie. They were fired into an emphatic lead, Sean Barcoe finishing a superb set-piece move involving Dylan Whearty’s throw-in, before English capped a fine performance with a peach of a second half free-kick to seal a 2-0 win.

Avoiding Sheriff YC in the quarter-final draw was a huge boost for Evergreen, who were pleased with their last eight fate. Earning a home tie was a huge boost – now can they make it count? Sunday afternoon will tell all!