Play like Neymar and earn the chance to show your skills in Brazil! 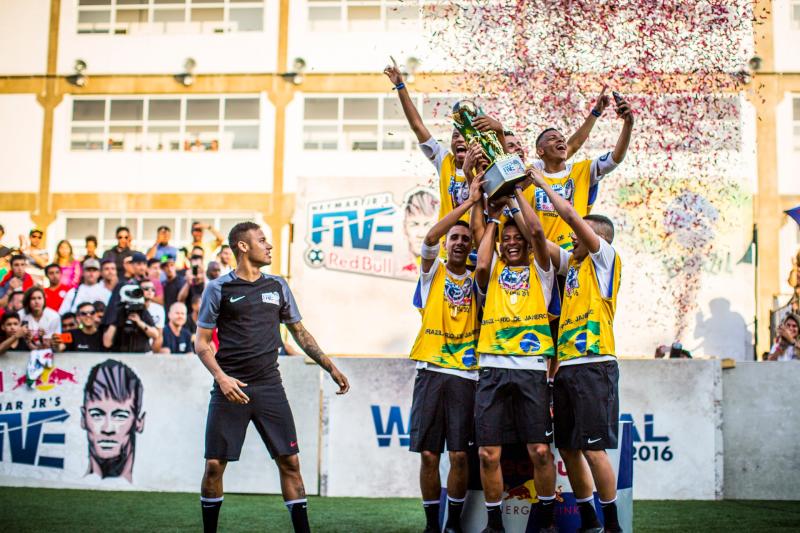 Play like Neymar and earn the chance to show your skills in Brazil!

The chance to play like Neymar and show off your skills in Brazil is on offer to young soccer fans from all over Kilkenny.

The Neymar Jr’s 5, a fun, fast-paced and technical game, is coming to Kilkenny in March. The tournament will give young footballers, aged from 16 to 25 years, the chance to represent Ireland at the World Final in Brazil this Summer.

Neymar Jr’s Five provides a unique challenge to players the world over as five-a-side teams battle it out in 10-minute matches - with a twist. Every time one team scores, the opposition loses a player, making for a fast, technical and tactical game.

To participate, teams of five to seven players must register at NeymarJrsFive.com. The regional qualifying rounds will start in Kilkenny on March 25, with matches being held at the Watershed. Further rounds will be held in Dublin, Limerick, Galway and Waterford, with the national final to be held at the end of April. The winning team from both the Republic of Ireland and Northern Ireland will then travel to the world final at the Instituto Projeto Neymar Jr in Praia Grande, Brazil.

This is the second edition of Neymar Jr’s Five, which was held previously in Northern Ireland. The tournament made an instant impact in its debut year in 2016, with more than 10,000 teams and 65,000 players in 47 countries vying for overall victory in the world’s biggest five-a-side football tournament. This time it will be bigger than ever, with regional qualifiers in 53 countries and a rule change giving more players the chance to compete.

“It’s a fun, energetic and tactical game,” said Neymar Jr, who grew up playing the same kind of fast-paced five-a-side football. “It's the kind of football I've always loved to play and this time we play it with a special twist to it: the five-player teams lose one player each time they concede a goal until there are no players left, or the 10-minute game ends.”