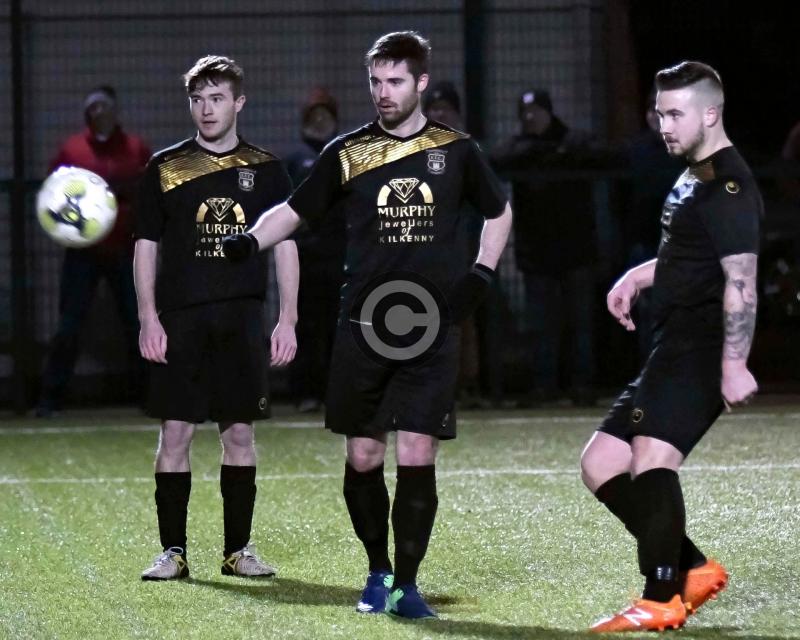 Evergreen continued their FAI Junior Cup charge by storming their way into the semi-finals with a 1-0 win over Limerick's Kilmallock United.
Mikey Drennan was the man of the moment on the Kells Road, sending the large home support into ecstasy when he fired home the only goal of the game on 62 minutes.
Drennan used his pace to split the Kilmallock central defenders and gather Sean Barcoe's pass. Goalkeeper Rob Egan got a hand to the shot, but couldn't stop it from looping into the net.
Kilmallock were stung by that goal, having gone close to opening the scoring with great chances in either half. Barry Sheedy drew a superb save from Evergreen player/manager Packie Holden early in the first half while Paul Doona thundered a fierce second half drive off the crossbar.
With time running out the visitors fought back and tried to force an equaliser. Sub Eoin Burchill had two bites late on but couldn't get the ball past Evergreen, whose steely defence worked overtime to keep their side in front until the final whistle.