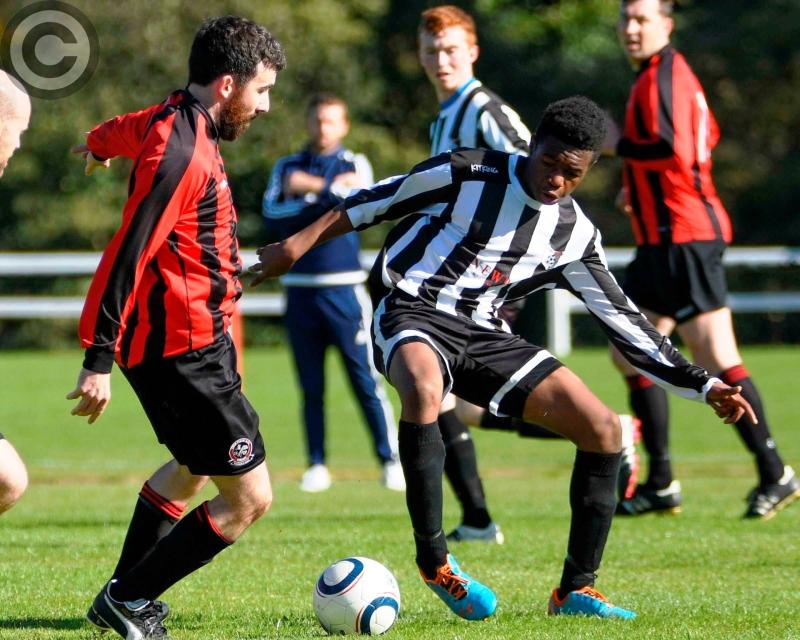 A win over Newpark secured Deen Celtic promotion back to the Premier Division. Photo: Michael Brophy

There was delight for Deen Celtic as the Castlecomer club finally secured promotion back to the Premier Division.

Celtic grabbed the three points that secured their elevation with a 1-0 win away to Newpark on Sunday morning. The all-important goal from Gavin Mackey saw Michael Coughlan's side end a five-year absence from the top flight as they leapfrogged Clover United and Highview Athletic to move to the top of the Division One table.

Former Premier Division champions, things looked grim for Celtic when they slipped from the top flight down as far as Division Two. They earned promotion last season, winning the Division Two Cup for good measure also, with Sunday's win completing their comeback.

Despite missing a number of players through injury Celtic grabbed the only goal of the game 11 minutes before half-time, Mackey finishing a Jason Carroll cross to secure the three points. 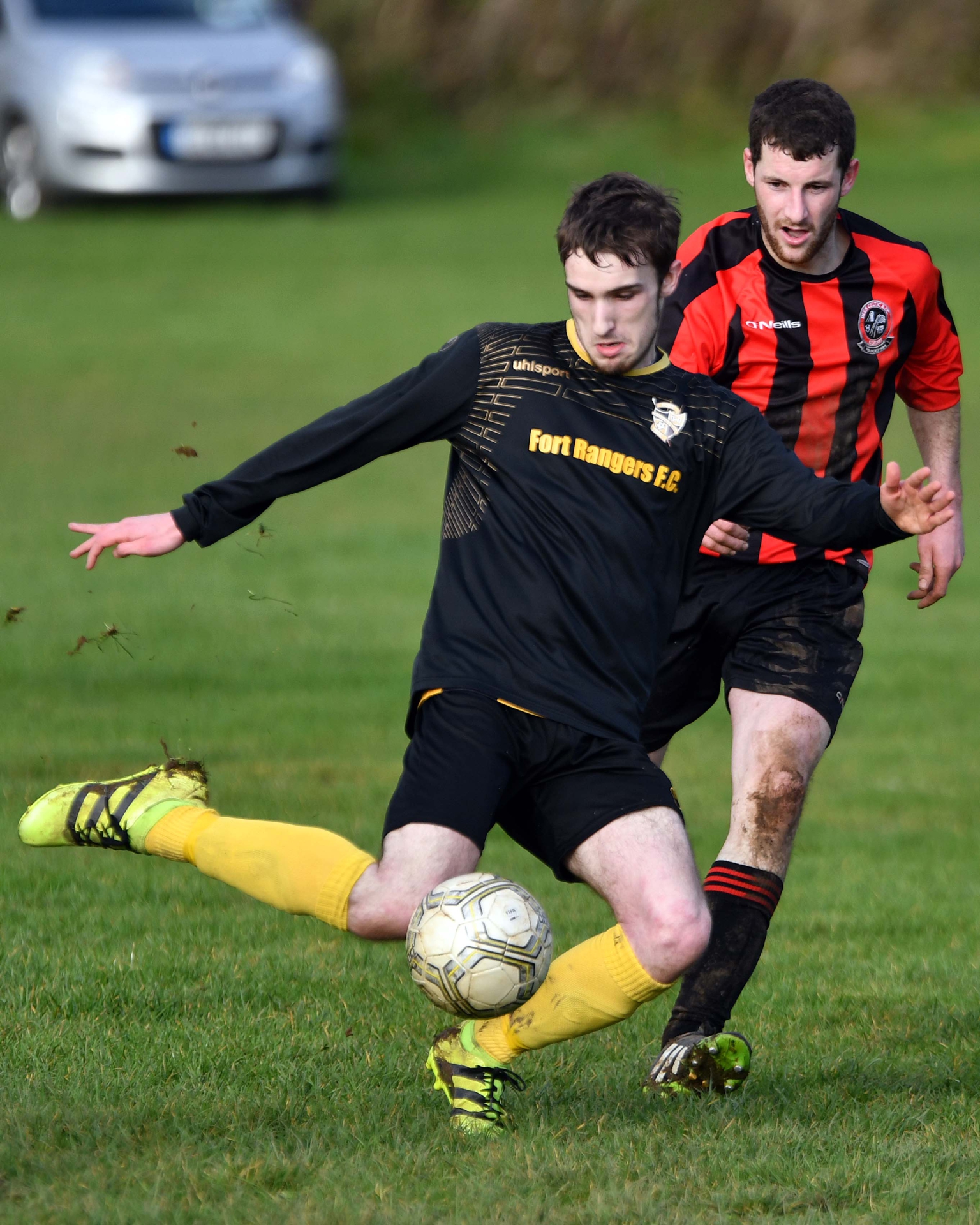 Jim Nugent jnr was on target for Fort Rangers at the weekend. Photo: Michael Brophy

The only other Division One game of the weekend saw Fort Rangers continue their incredible start to 2017 when they beat Thomastown United B 3-1 in Wallslough. Kenny Morris sent them on their way with an early goal, before brothers Jim Nugent jnr and Eddie Nugent sealed the win with second half strikes.

While the run of five wins and two draws - their last league defeat was at home to Highview on November 27 - has come too late to force their way into the promotion shake-up, Rangers have impressed in 2017.

Coupled with the seven league games they have also won two Maher Shield clashes, beating Evergreen B 5-2 and Freebooters B 4-1 to reach the semi-finals, a serious sign of their upturn in form for a side who started their season with just two points from their first four games.

Two first half goals settled a local derby as River Rangers picked up three Division Two points on Sunday. Darragh Murphy and Ben Hayes hit the target as the Kilmanagh side saw off Callan United B 2-0 at the Paircin to finish off their league campaign on a winning note.

The win gave Rangers their sixth success of the season, but defeat leaves Callan in the middle of a relegation battle with St Ann's and St John's. They are level on points with John's (12 apiece) and two clear of St Ann's (10pts) but crucially they have a game in hand on both of their rivals.

Elsewhere champions Evergreen C rounded off their league campaign with a 2-2 draw away to Paulstown 06.

The Premier Division's new cup competition got off to a flying start for Freebooters A as they earned a solid Centenary Cup win in Callan.

Henry O'Neill was the main man for the Blues, netting a hat-trick in their 4-1 first leg win over Callan United A. O'Neill bagged two in the first half, completing his treble after the break, while Emmet Nugent completed the comfortable win for the visitors.

With all ties up to the final being held over two legs the sides will have to do it all over again in the opening round. The teams will be very familiar with each other before the end of the season as they also have a League fixture to fulfil - Callan have Premier Division game at home to Evergreen B, with away ties against Evergreen A and Freebooters A rounding off their campaign.

It was a good weekend on the cup front for Freebooters as their under-19 team beat Peamount United 4-0 to advance to the quarter-finals of the Leinster Youths Cup. Joe Banville, Gavin Walsh, Karl Conlon and Chris Phelan hit the net as the Blues booked a last eight battle away to Home Farm this weekend.

Fellow Kilkenny side Thomastown United will also be in quarter-final action this weekend, with a home tie against Stella Maris to look forward to.