Delight as Duggan named Player of the Year 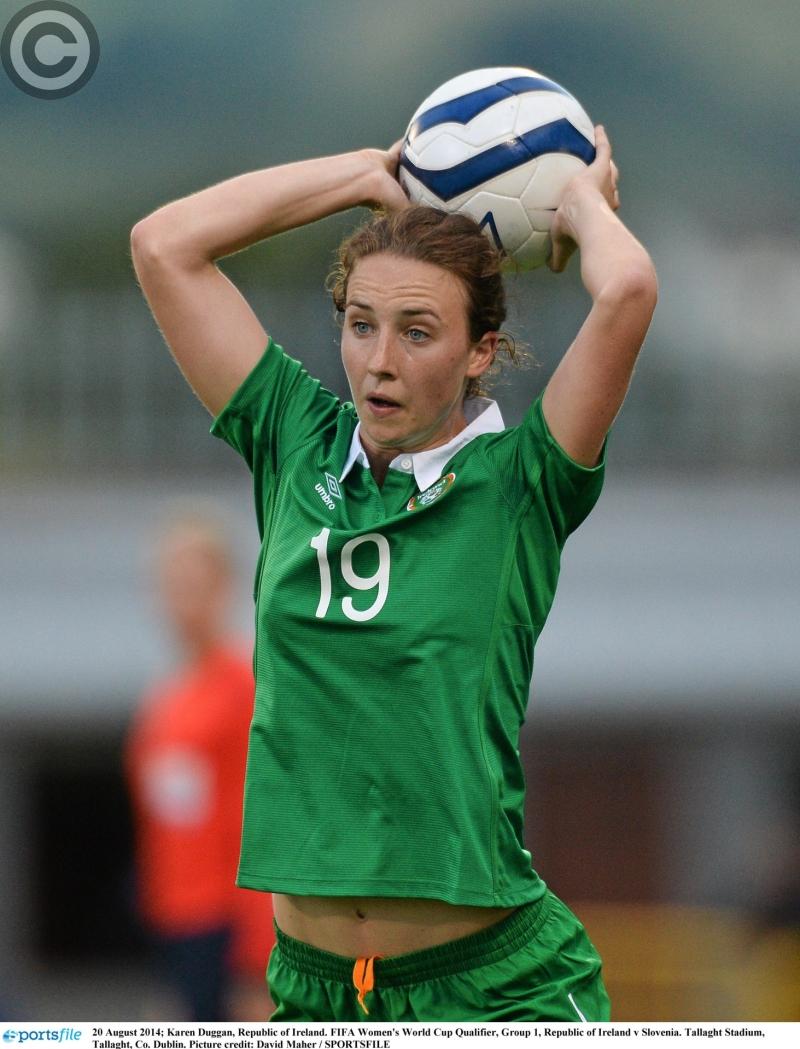 There was delight for Karen Duggan after she was named the Republic of Ireland's senior women's international Player of the Year.

The Piltown native, who plays for UCD Waves in the Women's National League, scooped the honour at the Three FAI International Football Awards tonight (Sunday).

Duggan, who beat Aine O'Gorman and Stephanie Roche to the award, was part of the Republic of Ireland team who finished fourth at this year's Cyprus Cup. She was an ever-present in midfield for new manager Colin Bell, with the Girls in Green earning their best ever finish in the tournament, despite losing 2-0 to Korea in the third/fourth place play-off.

Duggan, who has also represented Ireland at the World University Games, is now in her third season with the Waves, having previously played with Peamount United. She was also named the PFAI Women's Player of the Year and the National League Player of the Year in 2016

There was no luck, however, for Seanie Maguire. The Cork City striker was in the running for the Airtricity League Player of the Year award, but was pipped to the spoils by former Dundalk player Daryl Horgan. There is some consolation for Maguire in the shape of his current league form - he scored twice for Cork City in their win over Shamrock Rovers at the weekend, taking his tally to six goals in five games as the Rebel Army maintained their unbeaten start to the new season.