'Green Brigade is going to the Aviva! 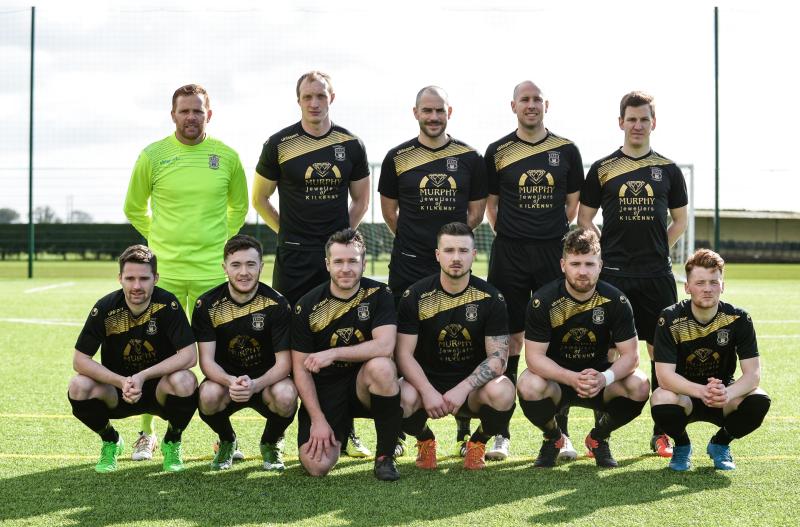 Evergreen are through to the FAI Junior Cup final.

It was a super Sunday in Sligo as Evergreen marched their way into the final of the FAI Junior Cup!

The Kilkenny & District League side booked their place in the Aviva Stadium in May when they beat a spirited Boyle Celtic in The Showgrounds.

The city side did it the hard way, coming from behind to beat the Roscommon outfit on penalties.

Player/manager Packie Holden was the hero, saving one of Celtic's kicks before skipper Niall Andrews slotted home the decisive penalty that sealed a meeting with Sheriff on May 13.

Boyle were impressive throughout, and took a first half lead when Danny Browne rifled home a 36th minute penalty. Evergreen didn't panic, however, and were back on level terms when Mikey Drennan popped up at the back post to make it 1-1 after 70 minutes.

Neither side could take the lead again after that, sending the game to penalties. Evergreen were determined to make it their day, with Tommy Earls, Daragh Walshe and Conor English all converting their kicks before Andrews stepped up to blast his side into the final.