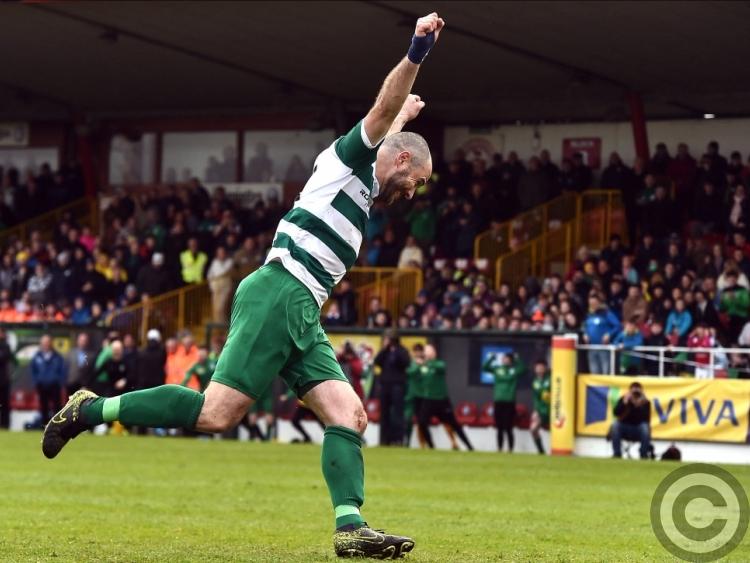 Sunday was a day of celebrations for Evergreen after they booked their place in the FAI Junior Cup final.

The Kilkenny & District League side had to do it the hard way, coming from a goal down before beating Boyle Celtic in a tense penalty shootout at The Showgrounds in Sligo.

The man who secured their spot in the final, where they'll play Cup holders Sheriff in the Aviva Stadium in May, was captain Niall Andrews. With the shootout reading 3-2 in his side's favour, Andrews stepped up and blasted his kick into the bottom right corner to secure a 4-2 win.

Niall Andrews takes the fifth pen for @EvergreenFC - and scores!!! @EvergreenFC are going to the final!!!! #RoadToAviva