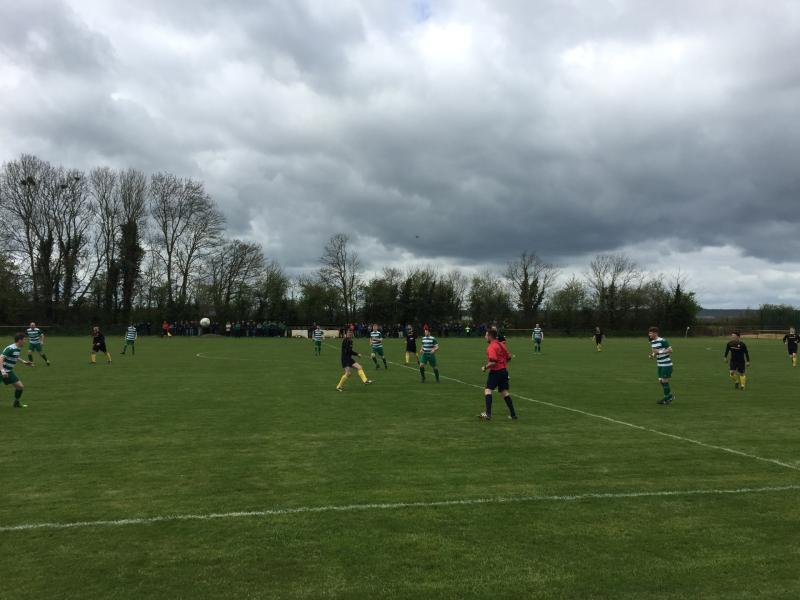 A five-star performance saw Evergreen A retain the Maher Shield title in style.
The city side were sharp from the off and showed Fort Rangers little mercy when they successfully defended their crown at Derdimus on Easter Sunday.
Packie Holden's side were quick off the mark, going one up when Mikey Drennan gathered a defence-splitting pass and beat Jim Nugent on 16 minutes. They controlled the flow of the game and worked hard to extend their lead, which they did courtesy of a Niall Andrews header with 38 minutes on the clock.
Evergreen were even quicker off the mark in the second half, going 3-0 up inside 60 seconds thanks to Sam Hickey's cool finish.
Fort were stunned by that goal, but lifted their spirits when Liam Forristal pulled a goal back from close range before the hour, but Jamie Owens worked hard to restore his side's three-goal cushion in the 69th minute. Evergreen saved their best for last, Chris Whearty firing home an unstoppable 89th minute free-kick to start the celebrations early.