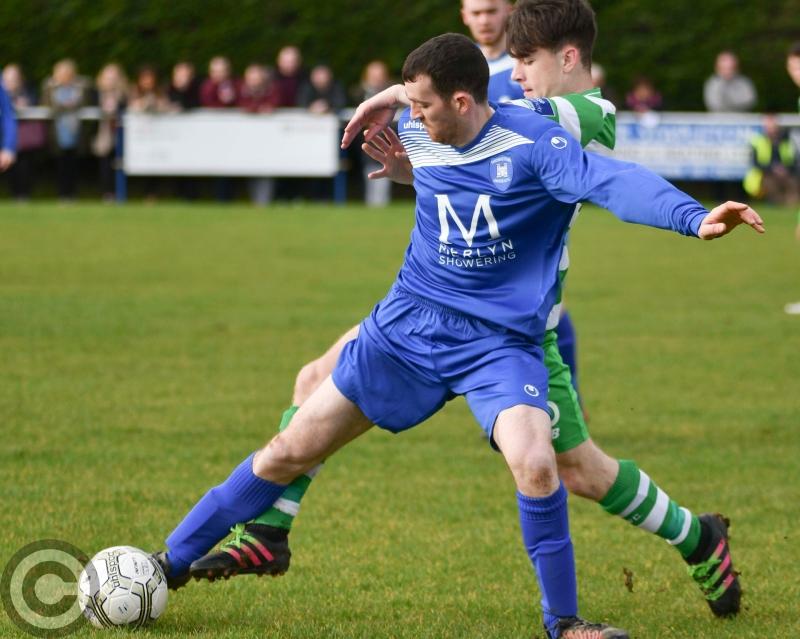 Mick O'Neill was on target for Thomastown United in the McCalmont Cup at the weekend. Photo: Michael Brophy

Thomastown United are determined of one thing - they won’t let their McCalmont Cup title go without a fight!

United highlighted as much when they turned in a stylish performance in Durrow on Sunday morning, shelling the Lions with a flurry of goals to move into the last eight with a 6-0 win.

The champions took a little time to get going, but once Mick O’Neill gave them the lead on 26 minutes they never looked back.
A second goal from O’Neill 12 minutes later cemented their grip on the game, but it was their second half performance which really tamed the Lions.

The hosts found themselves 3-0 down on 55 minutes when Sean Brennan added his name to the scoresheet. He was quickly followed there by C.J. Browne, who picked off a fourth for the visitors three minutes later.

A final flurry of two goals in four minutes late on from Marty Lawrence and Stevie Wemyss ensured United cruised to a comfortable win.

Deen Celtic A were also big winners on Sunday morning, claiming a Premier Division scalp in the process as they beat Freebooters B 3-1.

Neither side could break the deadlock in what proved to be an entertaining first half, but the hosts - who were missing several regulars including Robbie Lynch and Michael Moran - finally took the lead when Colin Phelan struck in the 53rd minute.

They didn’t rest on their laurels too long, adding a second thanks to a Richie Lynch penalty eight minutes later. Freebooters didn’t give up, pulling a goal back late on, but they were sunk when Phelan nabbed his second and Celtic’s third nine minutes from time.

Bridge United also put their name in the hat for the quarter-final draw, scoring a good 4-1 win at home to Callan United B.
Eoin Kavanagh led the way with a hat-trick for the Goresbridge men, with Darren Dalton bagging the fourth in an impressive win.

Evergreen 46 also kept their Cup dream alive when they scored the bragging rights in a city derby with Newpark. With the sides locked at 1-1 after 110 minutes, Evergreen scored all four of their penalties to advance. 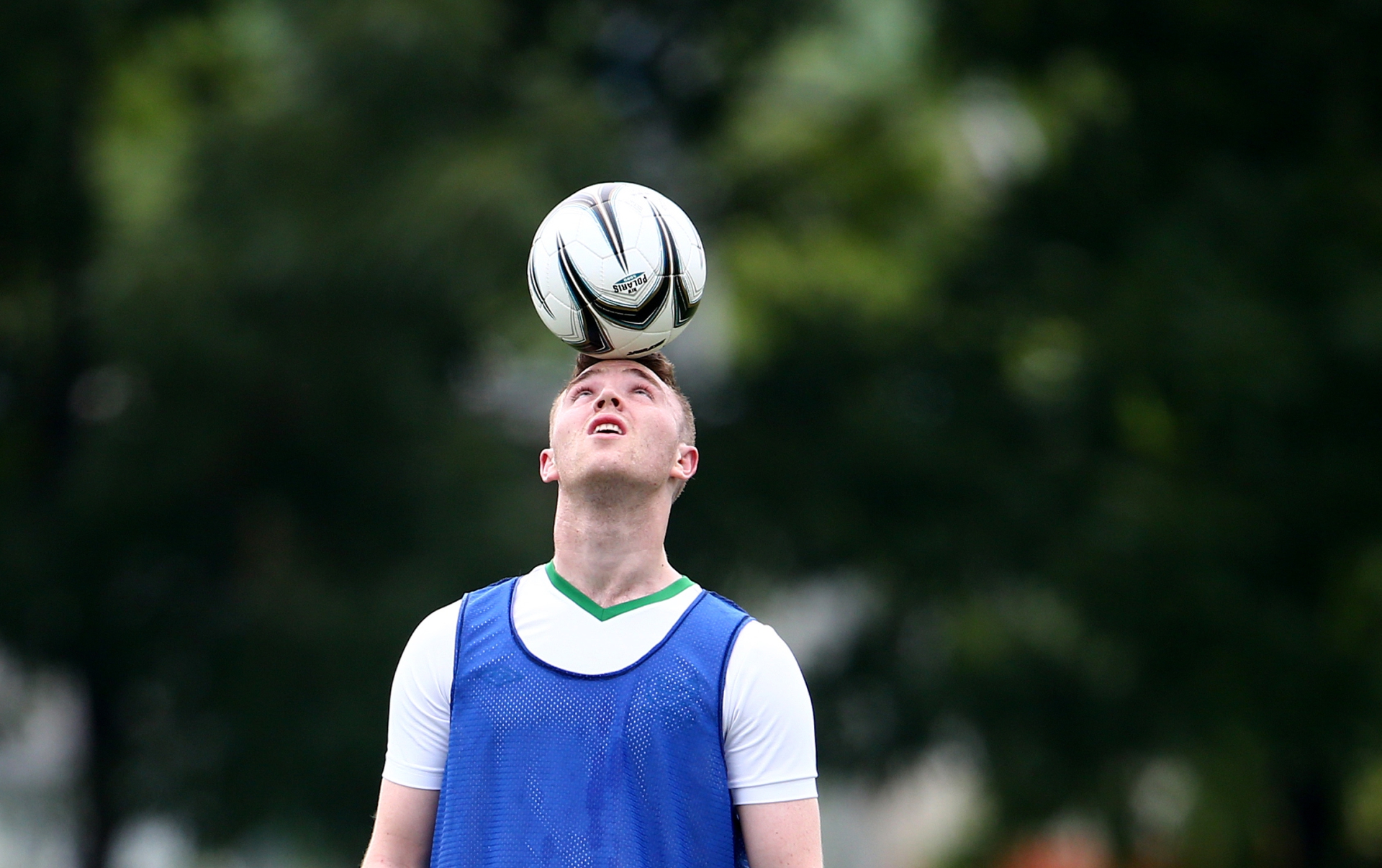 Evergreen C won’t be joining their clubmates in the last eight, however, as they crashed at home to Highview Athletic A.

Conor O’Neill’s side took the lead thanks to a Kevin Ireland goal, but were hauled back by a Dean Broaders strike to leave the sides level at 1-1 at the break

Things looked good for the ’Green when Cormac Hogan restored their lead, and Highview had Neil Stacey red-carded, but Broaders levelled matters close to the hour mark, before two goals in three minutes from Broaders and Mitch Maher gave the Graig men a big win.

While Evergreen B also bowed out against Stoneyford United, going down 7-1 on Good Friday, the Evergreen A team had an easier passage after they were given a walkover by St John’s.

Their city rivals Freebooters A also earned a comfortable route to the last eight, with Highview Athletic B giving the Blues a walkover also.

The quarter-final draw will be made on Saturday.