Evergreen shoot down Saints to march on in FAI Cup 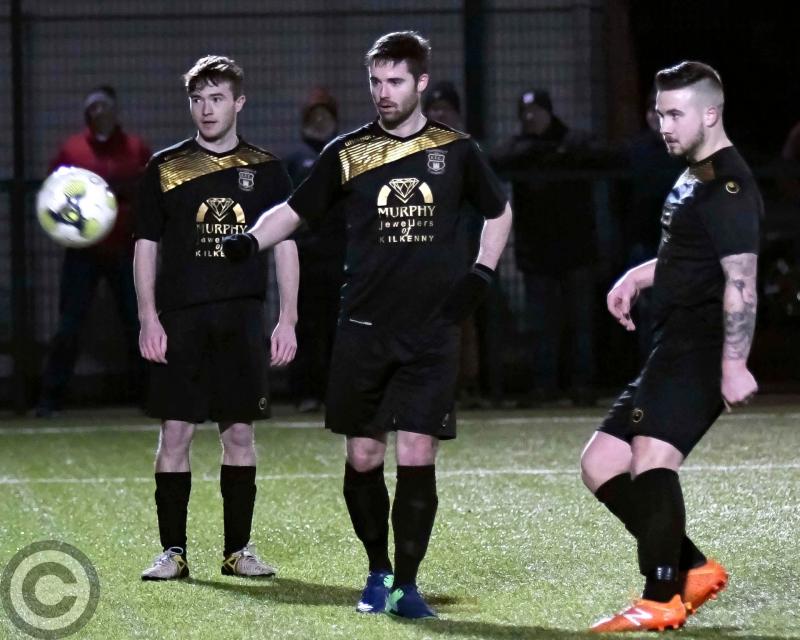 Mikey Drennan was among the goals as Evergreen moved on in the FAI Cup. Photo: Michael Brophy

Evergreen were spot on as they booked their place in the first round of the FAI Cup after a penalty shootout.
The city side, who are busy preparing for the FAI Junior Cup final, showed incredible powers of recovery to come from two down to see off Cork's St Mary's on the Kells Road.
The visitors were quick off the mark, firing home two first half goals to put their hosts under pressure.
Things looked grim for Evergreen at that stage, but Mikey Drennan's 51st minute free-kick gave them hope.
With time ticking away St Mary's held on to their one-goal lead, but were finally caught when Dylan Whearty bagged an equaliser deep into stoppage time.
When 30 minutes of extra-time failed to find a winning goal, the tie was settled on penalties. Young goalkeeper Ciaran Farnan shone, saving the first St Mary's kick to give Evergreen an advantage they built on thanks to Daragh Walshe's successful kick. With Drennan and Tommy Earls also scoring Evergreen took control of the shootout. St Mary's rattled the bar with another kick before Sean Barcoe scored to push Packie Holden's side through on a 4-2 scoreline.