Blues get the 'Boot as 'Town advance in Cup 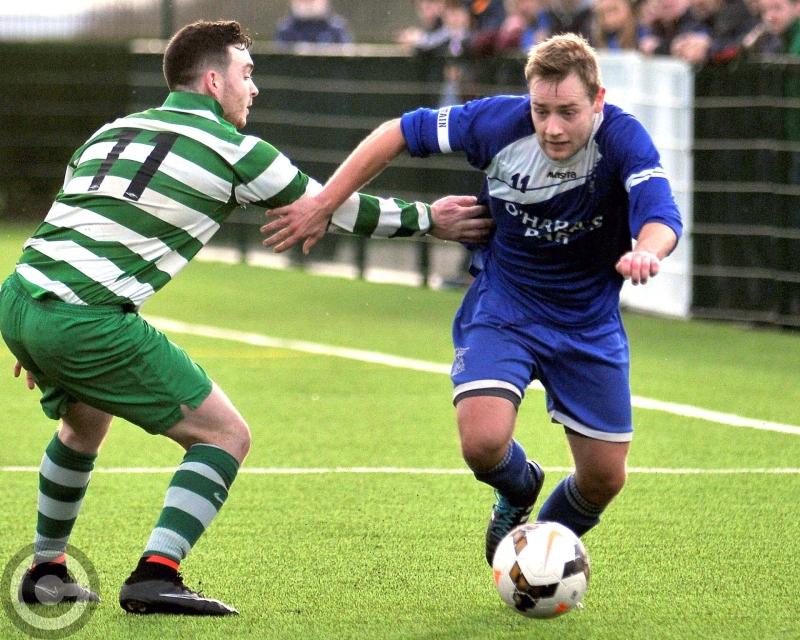 Andy Kavanagh was on target for Thomastown United as they marched into the semi-finals of the McCalmont Cup. Photo: Michael Brophy

There were mixed emotions for two of the McCalmont Cup heavyweights as the blue riband competition of Kilkenny soccer kicked into quarter-final mode at the weekend.

Reigning champions Thomastown United secured their place in the final four with relative ease when beating Evergreen 46 7-2 on Saturday evening. However, it's the end of the road for Premier Division leaders Freebooters A after they crashed to defeat at home to Deen Celtic on Sunday morning.

The Blues were given the 'Boot from the Cup after a solid performance saw the visitors advance with a 1-0 win on the Fair Green. Despite missing several regulars Celtic impressed as they took the game to Freebooters, their form clearly on the up since securing that Division One title playoff against Highview Athletic A.

The feelgood factor saw them stun their hosts when they took the lead in the second half thanks to a John Doheny strike. Freebooters upped the ante after that, but couldn't break down the regimented Deen defence as Celtic comfortably held them at bay until the final whistle.

Thomastown were the first side into the semi-final draw after their big win over Evergreen 46 on Saturday night. United really shone under the lights on the Kells Road, taking a two-goal lead inside the opening half hour thanks to strikes from captain Andy Kavanagh and Ollie Kirwan. Sean Brennan made it 3-0 soon after, but the '46 hit back with a stylish James Lenehan finish to make it 3-1 by half-time.

Brennan made it 4-1 after the restart, but a dogged Evergreen pulled another goal back soon after, Tommy Byrne hitting the net for the hosts. However, their hopes of beating another United team in the Cup - they saw off Thomastown United C in the last 16 - were ended when the visitors bagged three goals in 25 minutes to surge clear. Kavanagh, Aaron Kehoe and Rory Monks did the damage as United sailed through.

The remaining two semi-final berths will be filled this weekend. Evergreen A travel to Goresbridge to take on Bridge United, while Highview Athletic entertain Stoneyford United. Both games will be played at 11am on Sunday. 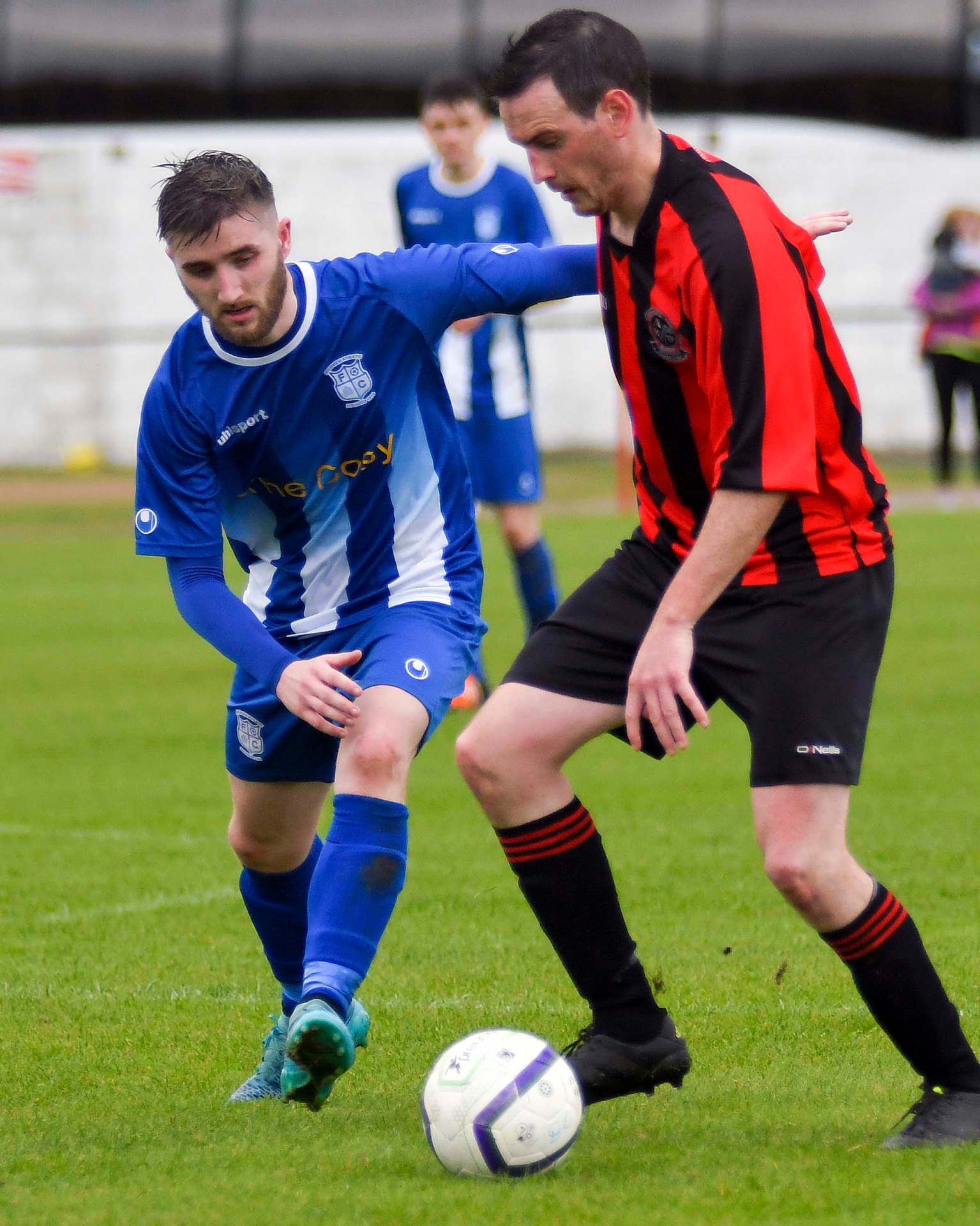 John Doheny grabbed the only goal of the game as Deen Celtic knocked Freebooters A out of the McCalmont Cup.

Elsewhere Evergreen were spot on as they booked their place in the first round of the FAI Cup after a penalty shootout.

The city side, who are busy preparing for the FAI Junior Cup final, showed incredible powers of recovery to come from two down to see off Cork's St Mary's on the Kells Road.

The visitors were quick off the mark, firing home two first half goals to put their hosts under pressure.

With time ticking away St Mary's held on to their one-goal lead, but were finally caught when Dylan Whearty bagged an equaliser deep into stoppage time.

When 30 minutes of extra-time failed to find a winning goal, the tie was settled on penalties. Young goalkeeper Ciaran Farnan shone, saving the first St Mary's kick to give Evergreen an advantage they built on thanks to Daragh Walshe's successful kick. With Drennan and Tommy Earls also scoring Evergreen took control of the shootout. St Mary's rattled the bar with another kick before Sean Barcoe scored to push Packie Holden's side through on a 4-2 scoreline.

The local action continues this week with two games in the Premier Division Cup. This evening (Wednesday) Freebooters B host Evergreen A on the Fair Green while Clover United entertain Evergreen B. Both games kick-off at 7pm.