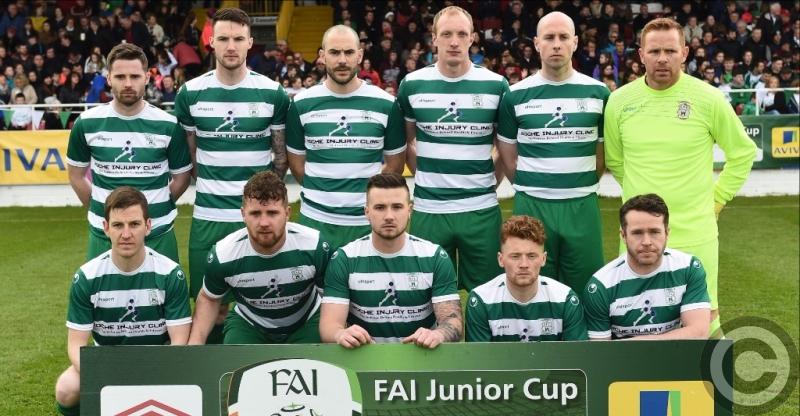 Player/Manager, this is Packie’s third season in charge, returning to the Club after a successful Senior career with Waterford United and Wexford Youths. Packie was the Irish Junior international Keeper previously for a number of years, and is a former Junior International Player of the Year.

A full back, Tommy began his football with Wicklow Rovers. Also formerly with Bray Wanderers U21s and UCC, Tommy has been a huge asset to the team since joining Evergreen seven years ago.

A versatile and reliable player, Robbie can play both in midfield or defence, and is one of the longest serving members of the team. Has played League of Ireland Under-21 level with Kilkenny City.

Captain of the team, Niall leads from example at the centre of defence. Capped at Junior international level, and was also previously nominated for Junior International Player of the year. Niall returned to Evergreen after spells with Kilkenny City and Waterford United and has been the driving force of the team for the past decade.

A regular in the side, Dylan is an accomplished centre half, Quick on the ground and strong in the air, Dylan has recovered from an injury which kept him out of the first half of the season.

Brian is an experienced player who began his football with Evergreen. Previously played with Kilkenny City, before returning to Evergreen to be a mainstay of the team for the last decade.

Began his football with Bridge United, Goresbridge, Conor rejoined Evergreen after a spell with Wexford youths. Can play both on the wing and up front, and has scored some vital goals on the way to the final.

Another from Goresbridge, Sean joined Evergreen from Bridge United after a previous spell with Evergreen at Youths level. Both Strong in the air and on the ground, Sean has played in Midfield and up front and is the team’s top scorer so far this season.

A strong and quick striker and top scorer last season, Daragh has been a huge addition to the team.  Previously played with Waterford United and Wexford Youths.

Mikey is back at the club where it all began for him, after taking a step away from the professional game. Previously with Aston Villa and Shamrock Rovers, Mikey has been capped at schoolboy, youth and U21 level. Has scored in most of the previous rounds including the quarter and semi finals and has been key to this year's challenge.

Dylan’s brother. Chris is a winger with pace and great feet. Chris has been a vital cog in the team since coming into the Junior A setup at the age of 17. 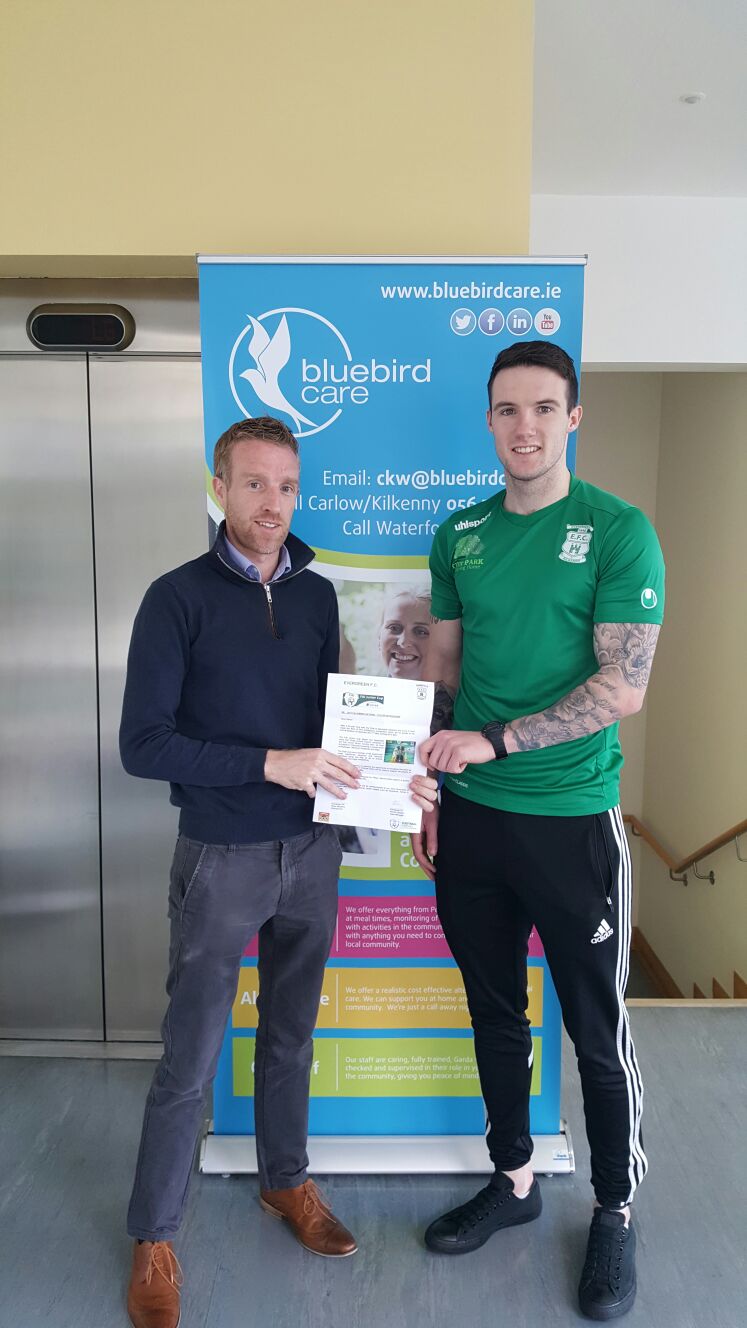 Lee can play in defence or midfield and has been a huge addition since returning to the club after a spell with Callan United. Won an Inter league Youths title with Kilkenny & District league. A current member of the Irish Defence Forces football side.

An experienced and committed defender, Oisin has been a vital member of the team over the past number of seasons. Oisin has won numerous local honours with the Club over the past ten years.

A tricky winger, Ben has progressed through the club schoolboy set up. Has represented Leinster Under-18 side, and was part of the Evergreen youth side that reached FAI Youth cup final in 2014

Can play both in defence and midfield, Sammy has played a vital role in the previous rounds of the competition. Another member of the Kilkenny Youths  FAI Inter League winning side

His first season with the club , Ciaran is Goalkeeper for the u19 side that recently won the Kilkenny league,  Has also impressed for the Junior side  this season when called upon and has a bright future in the game

Another that Progressed through the schoolboy system at Evergreen. Returned to the club after completing a US Scholarship with Belmont Abbey College. Also an inter league FAI winner with Kilkenny League

Another member of Evergreen Youth team, Peter is an accomplished midfielder that has impressed this year in his second full season with the Junior side.

An intelligent midfielder, Jamie has been with the Club since a schoolboy. Has been a member of the junior team since he was 17 and is one of the more experienced players in the team.

Another to come through the schoolboy ranks at Evergreen, an excellent passer and reader of the game. Also Part of the Evergreen team that reached the FAI Youth cup final in 2014

Can play in Defence or Midfield, Sam and has been capped at Leinster Schools level. Previously with Waterford United U17s, Sam has excelled for the Junior team when called upon this season

A young striker with an eye for goal, Shane is recently back to full fitness following a knee Injury. Has represented Leinster at under-18 level.

A midfielder, and an excellent passer of the ball, Dean joined the club during the season and is cup tied for the final.