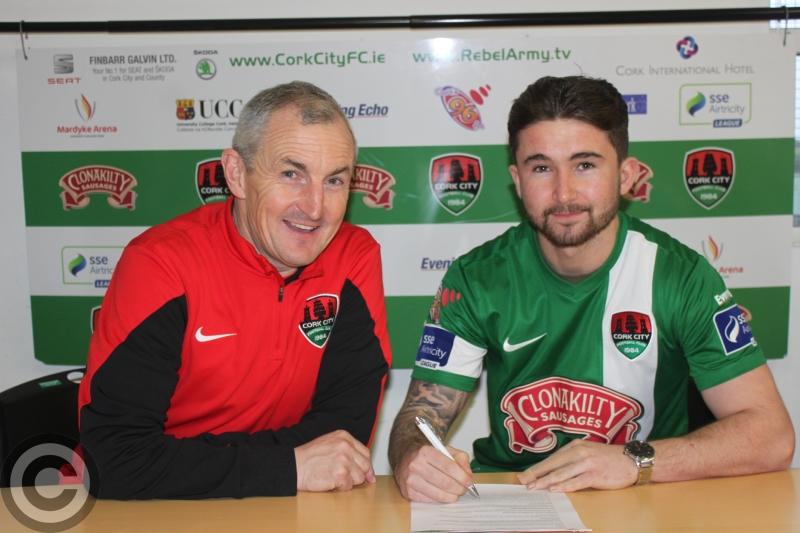 He may not have earned an international call-up this time, but Kilkenny's Seanie Maguire is on Martin O'Neill's radar.

The Republic of Ireland manager was in Dublin to name his squad for the trio of forthcoming internationals, and while there was no place for Maguire in this squad the call may come in the future.

Maguire has been in the spotlight of late, hitting 11 goals already this season for table toppers Cork City (he was also named the Player of the Month for March) increasing the prospects of Irish recognition.

"There are a couple of players who are ahead of him (Maguire) in terms of experience but I'll keep monitoring him, as we do with others," said O'Neill, speaking at a press conference in Dublin today. "It's good to see he's doing well - if he continues to progress there's no reason he can't make it."

A selection of players will report for a three-day training camp in Fota Island Resort on Tuesday, May 23 before the full squad links up in Dublin on Sunday, May 28.

The squad will fly to New York on Monday, May 29 ahead of the international friendly against Mexico on Thursday, June 1 in MetLife Stadium. They will then return for the 'Three' International Friendly with Uruguay in Aviva Stadium on Sunday, June 4.

The international camp will close with the 2018 FIFA World Cup Qualifier against Austria in Aviva Stadium on Sunday, June 11.