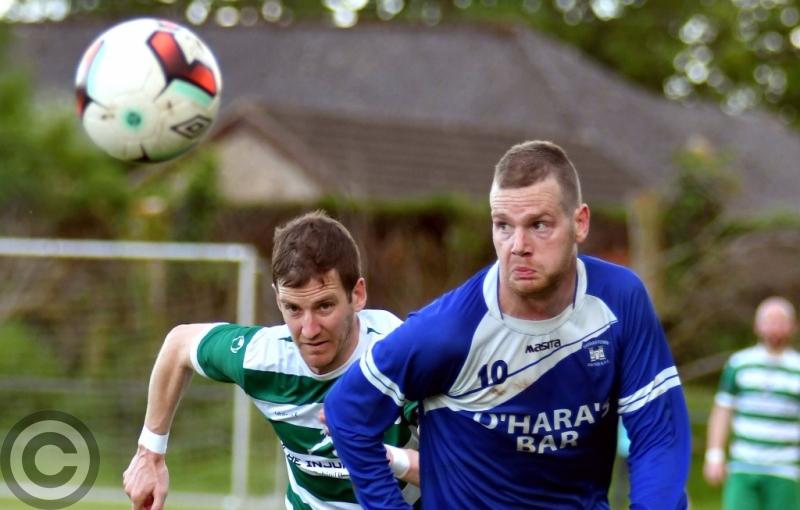 Two down, one to go. The McCalmont Cup had barely left the hands of Evergreen boss Packie Holden, joining the Maher Shield in the trophy cabinet, before he had turned his sights to another prize - the Premier Division title.

“The season’s not over yet,” the player-manager said. “Wednesday night is going to be a titanic struggle.

Just days after getting the better of Thomastown United in the McCalmont Cup final, Evergreen will take on their foes again tonight (Wednesday) in their last game of the league season (kick-off at United Park is at 7.15pm).

The task is simple: one point and they will be crowned champions, completing a domestic treble. Lose, and they'll go down the playoff route with an extra game against city rivals Freebooters A.

“We will dust ourselves down and get ready again,” said Holden. “We will celebrate winning the Cup - it was a trophy we desperately wanted after being bitterly disappointed in last year’s final - but we’re determined to finish the job on Wednesday night.”

Evergreen will go into the game buoyed by their performance in Saturday’s Cup final, when they came from behind to dethrone champions United.

In the end, two goals from Man of the Match Sean Barcoe turned the tie Evergreen’s way, but they had to overcome a sticky start to the game. 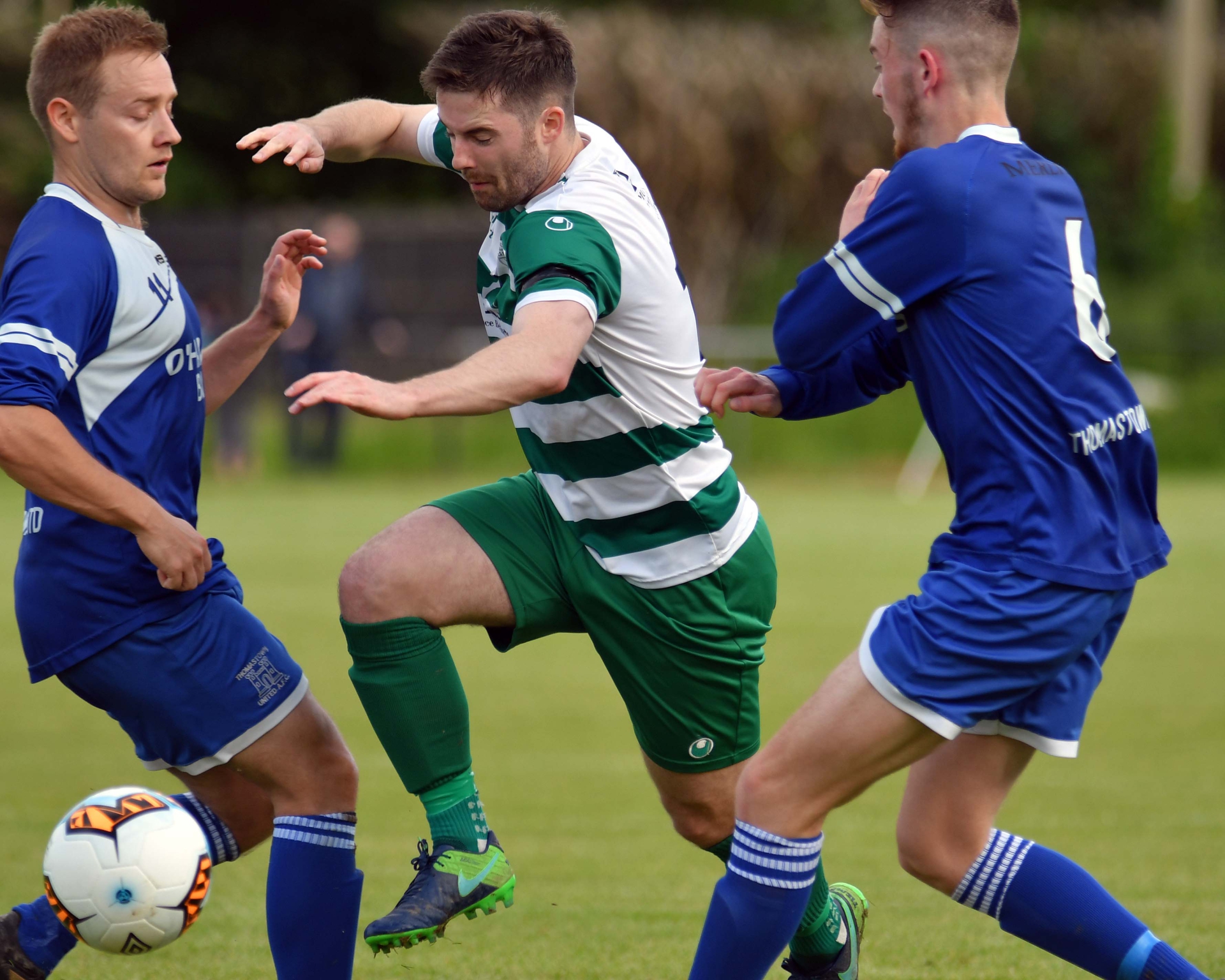 “When you don’t turn up for the first half you make the job increasingly difficult on yourself,” said Holden. “We didn’t play well at all. We didn’t bring anything to the game so we should have been relatively fresh in the second half.

“We started that well and while Thomastown pressed I don’t think I was called into too much action. They’re a fine team with lots of dangerous players but I thought we had the better chances. And, when you’ve Sean Barcoe up front, you’re always in with a shout of scoring.”

Saturday was a hard day for Evergreen, both on and off the pitch.

“Thomastown threw everything at us, which made for a tough game but, emotionally, getting the phone call about the passing of Eugene (Jordan) was tough,” the manager said. “It put things into perspective, but we played that game for Brian.

He has come out of retirement several times for this club in the last number of years and continues to put his body on the line. There’s a huge commitment to playing with Evergreen at the minute but he’s there, week-in week-out. Things have been tough for him but he’s a credit to the club and his family.”

It was testament to the Jordan family, long associated with Evergreen, that they wanted the game to go ahead.

“Brian was adamant that the game would go ahead,” said Holden. “It was his decision, so thankfully we’ve been able to honour his wish and his father by winning the Cup.”

Now, the club has the chance to turn a Cup and Shield double into a treble with the addition of the league title. However, Thomastown won’t make it easy, as they highlighted when Rory Monks beat Holden to make it 2-2 late on in Saturday’s final.

“Young Monks is a fine player,” Holden said. “He’s an exceptional talent and it goes to show the strength in depth present in Kilkenny football at the minute - there are a lot of good players at a lot of different clubs.

“Thomastown are a determined bunch and I’m sure they’d like nothing more than to make things awkward.

“However, if we prepare correctly and turn up in a good frame of mind mentally fingers crossed we’ll get over the line and complete something which hasn’t been achieved in a long, long time.”