Thomastown United A 0, Evergreen A 0 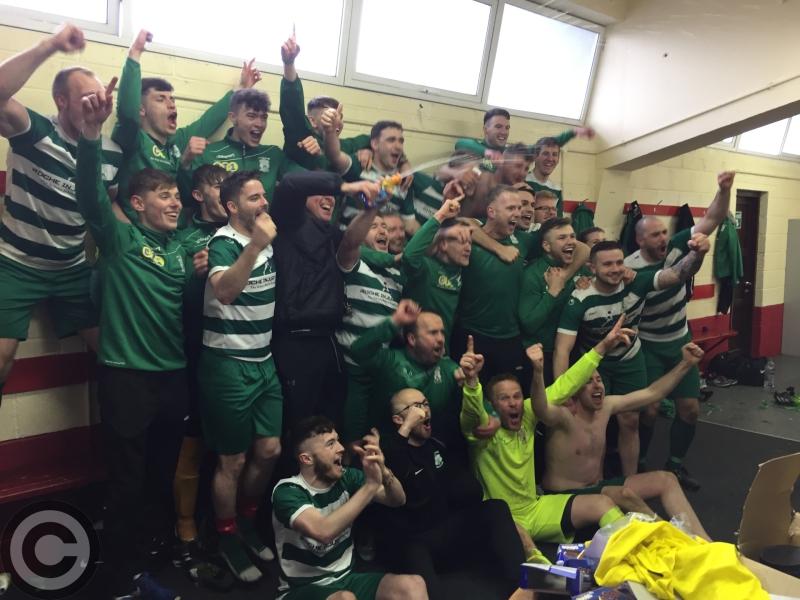 Evergreen A got the point they craved to complete their treble quest in the Kilkenny & District League.
Just days after adding the McCalmont Cup to the trophy cabinet, they bagged the Premier Division title with a 0-0 draw away to Thomastown United A this evening (Wednesday).
It was a game of few chances - Aaron Kehoe went closest for the hosts when a fine first half shot, but a composed Evergreen defence did enough to keep their rivals at bay and secure the point that saw them pip city rivals Freebooters A to the spoils.
Afterwards player-manager Packie Holden was quick to praise his side's feat at becoming the first team in Kilkenny to win a treble since 1999.
"It was a tough game, exactly what we expected," he said. "We didn't play to our best but we've won the treble. It's a remarkable achievement."
See next week's Kilkenny People for more.