Kittens earn a draw in opening game of campaign 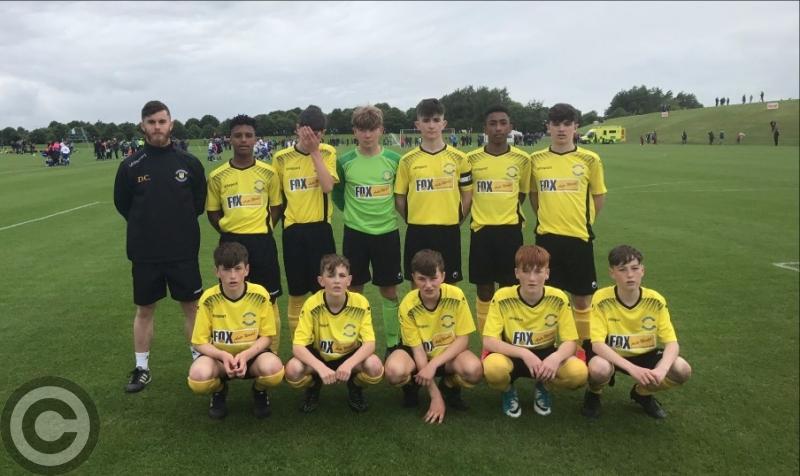 The Kilkenny & District League team who earned a point in their opening game of the 2017 Kennedy Cup competition.

The Kilkenny & District League made their point as they came from behind to earn a share of the spoils in their opening game at this year's Kennedy Cup.

Drawn in Group One, the Cats took on the Midlands League in their first game at the University of Limerick this afternoon (Monday). It didn't get off to the best of starts, as Eoghan Gavin gave the Midlands the lead, but Niall Rowe struck to level matters before the break.

Both sides had chances to bag a winner in the second half, but had to be content with taking a point apiece in the 1-1 draw.

Kilkenny, who are managed by David Cummins, will continue their campaign when they take on the Limerick Desmond team at 10.30am tomorrow. Their last group game is at 4pm, when they take on Carlow, who lost their opening game when they went down 2-0 to Limerick.

The knockout stages of the 32-team competition start on Wednesday.