FAI's Festival of Football to take over county in July 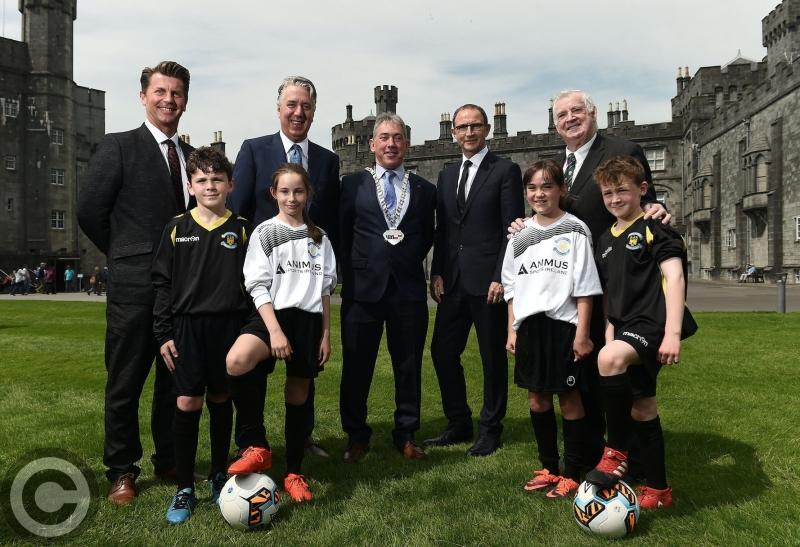 The FAI's Festival of Football will take over Kilkenny in July, visiting clubs all over the county

A Summer of celebration is drawing ever-closer after more details of the Festival of Football were announced.

The Kilkenny & District League’s annual meeting provided the perfect platform to highlight the FAI’s upcoming tour of the county, when clubs all over Kilkenny will get the chance to show off all that is good in the game.

The Festival, a week-long celebration which leads up to the Association’s annual meeting, will celebrate the work of clubs, volunteers and communities undertaken in the name of football. Events run from Sunday, July 16 to Saturday, July 22.

At the centre of the Festival will be a series of club visits and fun days, with many clubs in the League and county visited by special guests. The visits will feature plenty of attractions, such as blitzes, barbecues and award ceremonies.

The schedule for club visits is:

There will also be Festival Fun Days in Castlecomer (Tuesday), Callan (Wednesday) and at Kilkenny Castle (Thursday). The week continues with the League holding their schoolboys and schoolgirls awards night on Wednesday, July 19, a civic reception on the Thursday, a delegates day of a tour and golf on Friday, with the annual meeting bringing events to a close on Saturday.

Another part of the Festival will be a bumper schedule of coach education workshops and courses. The FAI will run a full programme of their courses, from KickStart One and Two to Strength & Conditioning and 7 v 7 Workshops at venues in Graignamanagh (Highview), Stoneyford, Evergreen, Thomastown and Derdimus.

“The Coach Education programme needs to be supported,” Darren Murray, FAI RDO, told the meeting. “We  ask all clubs to send at least one representative to each event.”

Course bookings can be made online at fai.ie