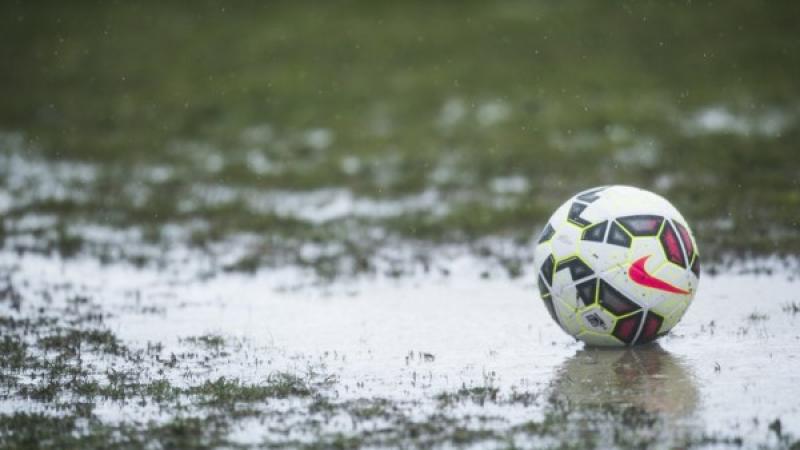 Storm Brian has wreaked havoc on the Kilkenny soccer scene.

Forecasts of high winds and heavy rain, scheduled to batter the county over the coming days, have forced the cancellation of all local Kilkenny & District League fixtures.

With Status Yellow weather warnings in place the League made the call this evening (Thursday) to scrap all their local schoolboys, schoolgirls, youths and junior fixtures across the weekend.

The move came just days after the county was hit by Hurricane Ophelia.

“Pitches are in a bad way after the bad weather earlier this week,” League chairman John Corrigan told the ’People. “With all the rain forecast for this weekend clubs would have been in even greater bother had games gone ahead.”

At present three games have survived the local cull as they involve outside competitions.

Still standing are Sunday’s FAI Junior Cup games involving Thomastown United and Castlewarren Celtic, who have home advantage against Hanover Harps and New Ross Celtic respectively. The Under-17 Cup game between Villa of Waterford and Freebooters is also still down to be played on Sunday.

A decision on whether these games will go ahead or if venues will be changed will be made tomorrow (Friday).