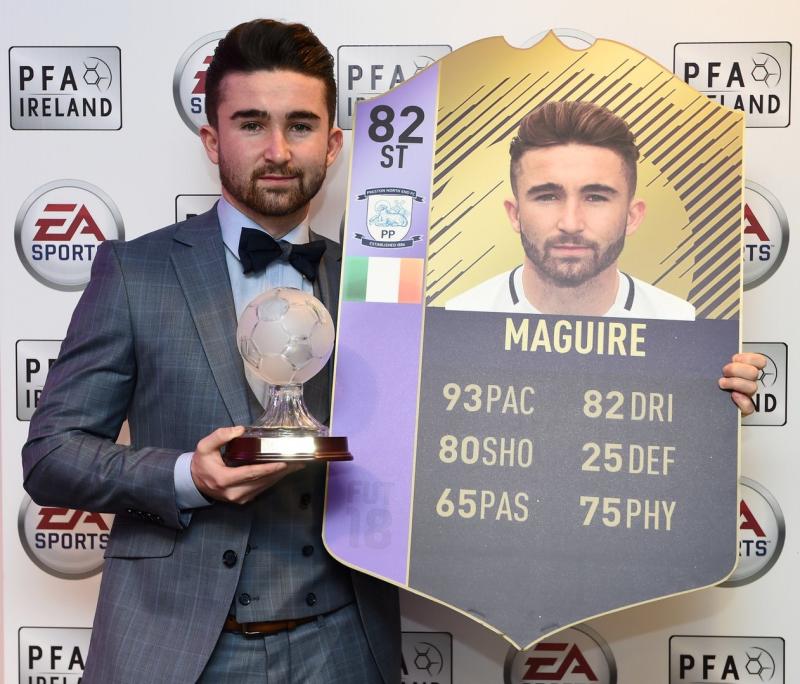 A stellar goal-scoring season in the League of Ireland has earned Seanie Maguire another honour.
The Kilkennyman was recognised for his achievements when he was named the Premier Division Player of the Year at the PFAI awards on Saturday night. Maguire took the spoils, beating Patrick McEleney (Dundalk) and Aaron McEneff (Derry City), as his 20 goals helped Cork City win the Premier Division for the first time in 12 years.
As well as delivering the league title, the scoring run helped earn Maguire a move to English Championship club Preston North End. He was also the League of Ireland's top goal scorer, despite leaving for Deepdale in July, an achievement which also earned him a place in the Premier Division Team of the Season.
The awards ceremony was held at the Marker Hotel in Dublin. Other winners were:
Young Player of the Year
Trevor Clarke (Shamrock Rovers)