Kilkenny Soccer: Dropped points at the top allows challengers to fight their way back into title races 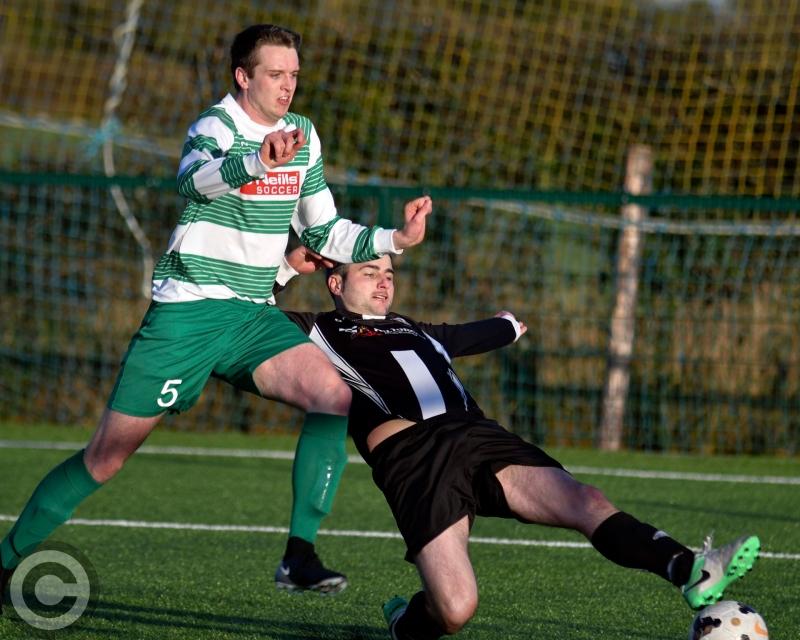 Thomastown United A’s 2-1 loss to Freebooters A had a two-pronged effect as it brought both the Blues and Evergreen A into the fray. Reigning champs Evergreen moved level on points with ’Booters in second place when they beat clubmates Evergreen B 3-0.

Sent on their way by a first half Sean Barcoe goal, Gary Maher’s side closed the gap on Thomastown to six points - they have two games in hand - with further goals from Decky McQuillan and a second from Barcoe.

Things were just as dramatic in Division One, as Evergreen C’s 3-3 draw with Stoneyford United allowed two of their challengers to close the gap on the leaders.

Fort Rangers are just a point behind the city side thanks to their 4-3 win over Lions. A Colm Phelan brace, coupled with goals from Eddie Nugent and Paddy Hogan, get revenge on the only team to beat them in the league this season.

Freebooters B are joint second on 12 points also after completing a double over Thomastown United. After the A team won on Sunday morning, the Bs beat United’s B side 2-1 that afternoon, Shane Kelly and Karl Conlon getting on the scoresheet.

With the top two not in action - Spa United’s game at home to River Rangers fell victim to the frost while Bridge United had a friendly - it was up to the chasing pack to close the gap in Division Two.

Newpark did their bit, joining Spa in second place thanks to a 3-2 win over Ballacolla. John Dumecz was among the goals as Newpark got the result that leaves them six points behind leaders Bridge United.

Ormonde Villa are also keeping their tilt at promotion going. They travelled to Ballyragget and came home with all three points in a 2-1 win after Paul Denieffe and Michael Henebry hit the net. It was the second win in a row for Villa, a welcome change in form after they had endured four successive draws.

There was only one game in Division Three, but it proved to be a belter as Deen Celtic B and Highview Athletic B shared the spoils in a 4-4 draw.

Under-13 Kilkenny People League Division One

Bridge United B v Freebooters B, 11am.

Callan United A v Thomastown United A, 11am.

Evergreen B v Highview Athletic A, 11am.

Deen Celtic A v Freebooters A, 11am.

Under-17 League Section A

Under-17 League Section B