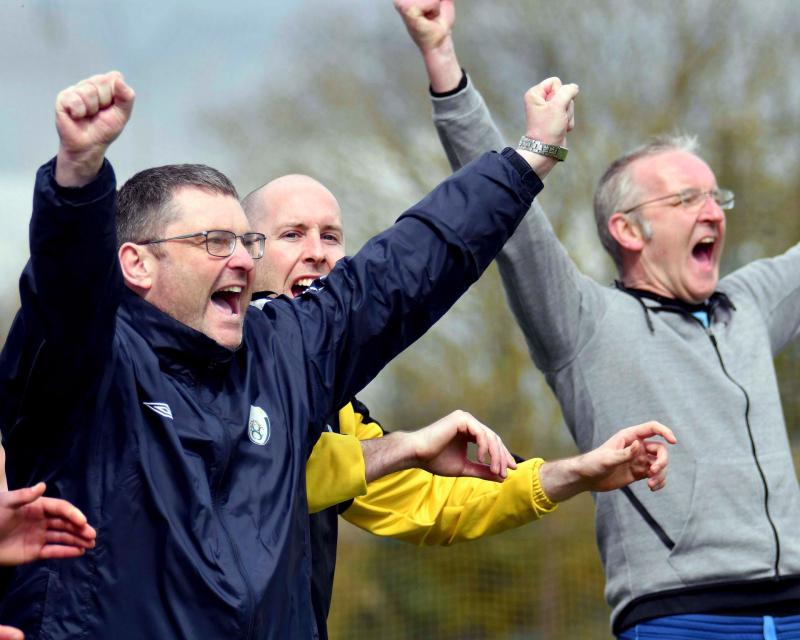 Kilkenny dreams of Oscar Traynor glory are alive and kicking after Emmet Nugent blasted the Cats into this year's final.

The Freebooters striker picked his moment, racing onto Dara Keane's 89th minute pass and firing it to the net to dethrone defending champions Clare in Ennis.

Kilkenny, managed by Jim Cashin and Jim Nugent, knew they had a tough task to see off a Clare team running for their third straight inter-league title. It made for a tough game in Ennis, with the game remaining scoreless into half-time.

The stalemate was finally broken when the Cats took a 70th minute lead. Skipper Niall Andrews silenced the home side when he hammered home a penalty after Nugent was fouled in the box.

As time ticked on both sides went hunting for the winner. It looked like extra-time was on the cards, but Nugent’s late late strike saw the Cats roar their way into the final.

Victory brought an added bonus for Kilkenny. They will have home advantage when they face neighbours Carlow in the final on June 3.