Soccer: Kilkenny's Jimmy Keohane in the running for Player of the Month 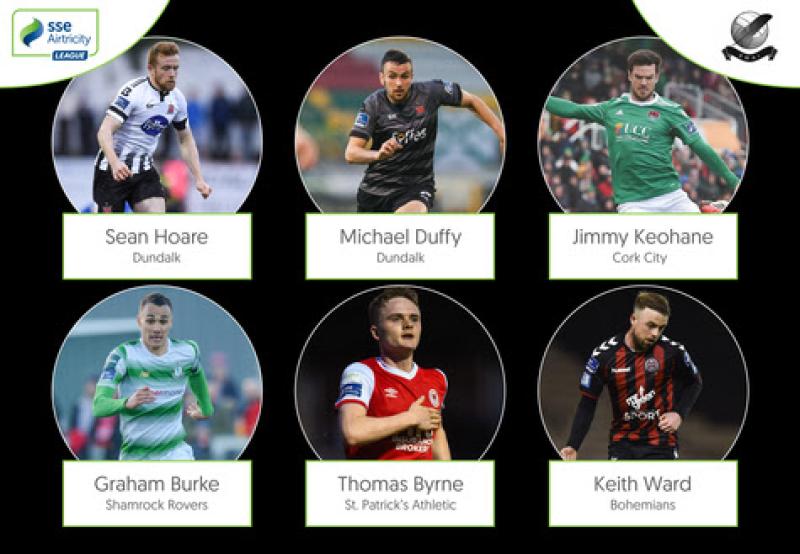 A stellar series of performances in May have earned Kilkenny's Jimmy Keohane a place on the shortlist for the SSE Airtricity Player of the Month award.

The Cork City midfielder is one of six players up for the award. Republic of Ireland international Graham Burke and April's Player of the Month Michael Duffy among those on the six-man shortlist.

Keohane has become a central figure in Cork’s three-man midfield with some very impressive performances and two goals, including a spectacular strike against St Patrick’s Athletic.

The five other players are:

Keith Ward (Bohemians): Bohemians took seven points from nine in the games he was available for. One goal and two assists.

Michael Duffy (Dundalk): Followed up his April award with one goal and five assists as Dundalk went from strength to strength.

Sean Hoare (Dundalk): As well as clean sheets in last three games, Hoare also scored against Bohemians and has put in some commanding performances.

Thomas Byrne (St Patrick’s Athletic): Led the line for the Saints with energy and skill, chipping in with a couple of goals.