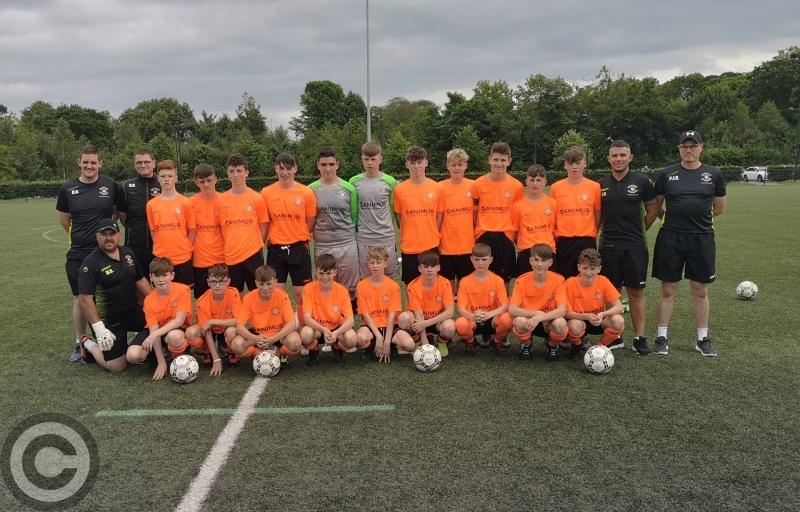 A goal in either half and star performance from netminder Bill Hughes helped the Kilkenny & District League make a winning start to their 2018 Kennedy Cup campaign.

The Cats were good value for their 2-1 win over Donegal in their opening game of the tournament today (Monday).

P.J. Brett’s side had it tough dealing with a strong and dangerous Donegal side. East End United’s Hughes came to their rescue early on, making some good saves as the Ulster team applied the pressure.

Kilkenny rode out the storm and held their rivals scoreless until half-time. They stepped up the pace and burst into life, opening the scoring six minutes into the second half. Kian Dunne gave them the lead, the Evergreen player cutting in from the right to score.

Donegal hit back, levelling matters within minutes, but Kilkenny weren’t content to settle for a draw - Cillian Kelly was denied a goal when his shot was blocked on the line by a Donegal defender.

The Freebooters player made no mistake with his next effort. Using his pace, Kelly scorched past his marker to score what proved to be the winner.

The other game in Group Three saw Galway and the NEC draw 1-1. Kilkenny’s next game is against Galway at 10.30am tomorrow morning.