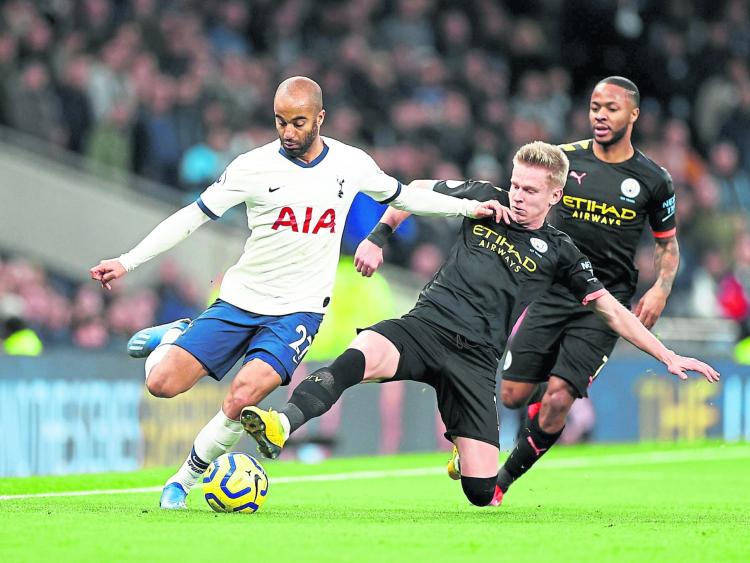 Soccer, as James Tippett points out in his book The Expected Goals Philosophy, “is an unfair sport; better teams often lose and worse teams often win”.

There’s this chap I know who’s a GAA statistician. Not one of those statisticians who’ll be able to tell you the teams, subs, half-time score and final score from the 1957 All-Ireland decider. No, one of the younger crowd.

The gentleman in question, who’s worked in the backroom for an intercounty team, analyses matches using software. He possesses a database of 10,000 points: from what distance and range they were scored, weather conditions on the day and so on.

Naturally it was to this young man I turned a few weeks after the All-Ireland final last year. Could he run a model – or whatever the term is – of the second half of the match with Richie Hogan still on the field?

I wasn’t really expecting him to say yes and he didn’t. Hurling is one of the most random games on earth. Compare and contrast with baseball, which consists of the same play over and over again – pitcher throws to man with bat – and has been exhaustively statted since the 1880s.

The other problem with hurling is the small sample size. There are fewer than 40 top-level fixtures a year compared with, say, the 380 of a Premier League season.

Yer man did concede there might be a way nonetheless.

“You work out the factors that impact a match. Get the range of effect of a sending-off in an even-score game throughout the past. Factor in win probability at the time of the sending-off, using – say – ELO ratings. It’d be a poor model but it’s possible to generate a random answer.”

All of which brings us neatly to my most recent reading.

The Expected Goals Philosophy, by one James Tippett, bills itself as “a game-changing way of analysing football”.

Expected Goals (xG) is a tool that calculates the quantity and quality of chances that each team creates in a match and indicates how many goals they could consequently have expected to score.

To put it another way, xG examines what should have happened rather than what did happen. Soccer, as Tippett points out, “is an unfair sport; better teams often lose and worse teams often win.”

Shot Probability
Not to get too technical about it, but with xG each effort on goal is assigned a shot probability value. A shot from 30 yards out through a crowd of players may have only a two per cent chance of hitting the net (xG 0.02) whereas a one-yard tap-in with the goalie awol will be xG 0.99. Pretty straightforward.

That bizarre game last week, where Manchester City murdered Spurs for an hour but failed to hit the net because of a combination of bad finishing, good defending and a saved penalty? The final score was Spurs 2 Man City 0: a travesty. The xG score was Spurs 0.31 Man City 2.83, an infinitely more accurate portrayal of events.

As an occasion for illustrating what, as per Tippett, should have happened rather than what did happen, Spurs/Man City was perfect.

The result dictated the post-match narrative, as it invariably does. The same goes in hurling, gaelic football and rugby too, of course. We fixate upon the outcome and forget about the process. We choose to praise lucky winners for their spirit and resilience instead of insisting that they were absolutely steeped. It is only human nature.

Flattered
The xG concept came to light in November 2017 when Manchester City beat Arsenal 3-1. Arsene Wenger, arguing afterwards that the scoreline flattered City, pointed out that the respective xGs were 0.6 for his team and 0.7 for their opponents – in other words, there had been little or nothing between the sides.

Unfortunately Jeff Stelling laughed this to scorn on Sky Sports afterwards, dubbing Expected Goals “the most useless stat in the history of football”. Arrant stupidity on Stelling’s part, clearly, but fear of the unknown and an unwillingness to embrace new ideas have long been unappealing traits among soccer’s punditocracy.

They still are. Witness the recent televised hissy fit on the part of Steve Nicol, an Anfield hero of yesteryear, over Liverpool’s employment of a specialised throw-in coach. Nicol’s complaint? They “didn’t do it in my day”. Oh Lordy.

Still, Match of the Day uses xG every week. There is hope for us yet.

PS Got a message from my stats guy just before I filed.

“I have my Expected Points model in hurling. You’d love it!” Reader, you have been warned…