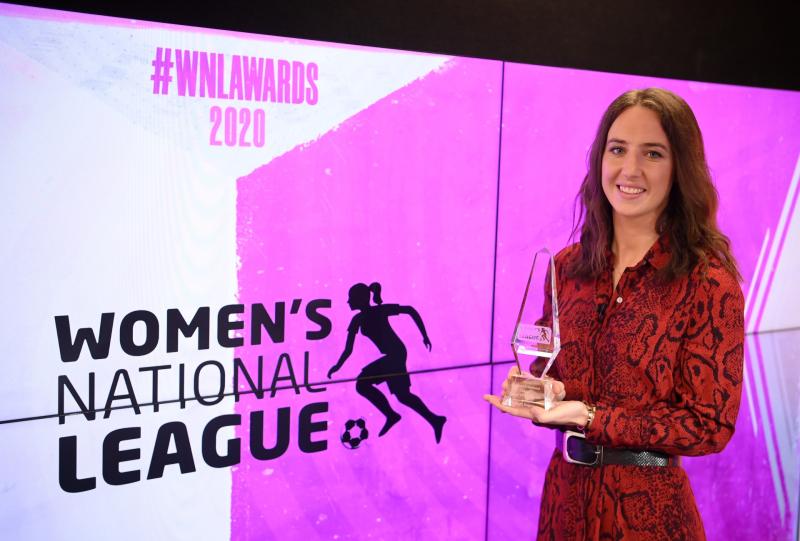 Karen Duggan was named the Player of the Year

There was a double reason to celebrate as two Kilkenny soccer players netted top league awards.

The curtain came down on the 2020 Women's National League with Karen Duggan and Ellen Molloy claiming the top prizes in the end of season awards night, which was broadcast on eir Sport 1 on Sunday evening.

Peamount United midfielder Duggan was named Player of the Season - the second time she has achieved this honour - after consistently standing out in a team that won the League and FAI Women's Cup double.

"It definitely is my best season in football," the Piltown native said. "Winning the League last season was a monkey off our back for Peamount United, we felt like we were getting the club back to where it belonged.

"But with everything that happened this year, the group of girls that we have and finally getting our hands on the Cup trophy after many disappointments there, it was just a magnificent season.

"We really kicked on this year and it was such a tight-knit group and I'm just happy that we were able to repay all of the work that the people on the ground at the club deserve." 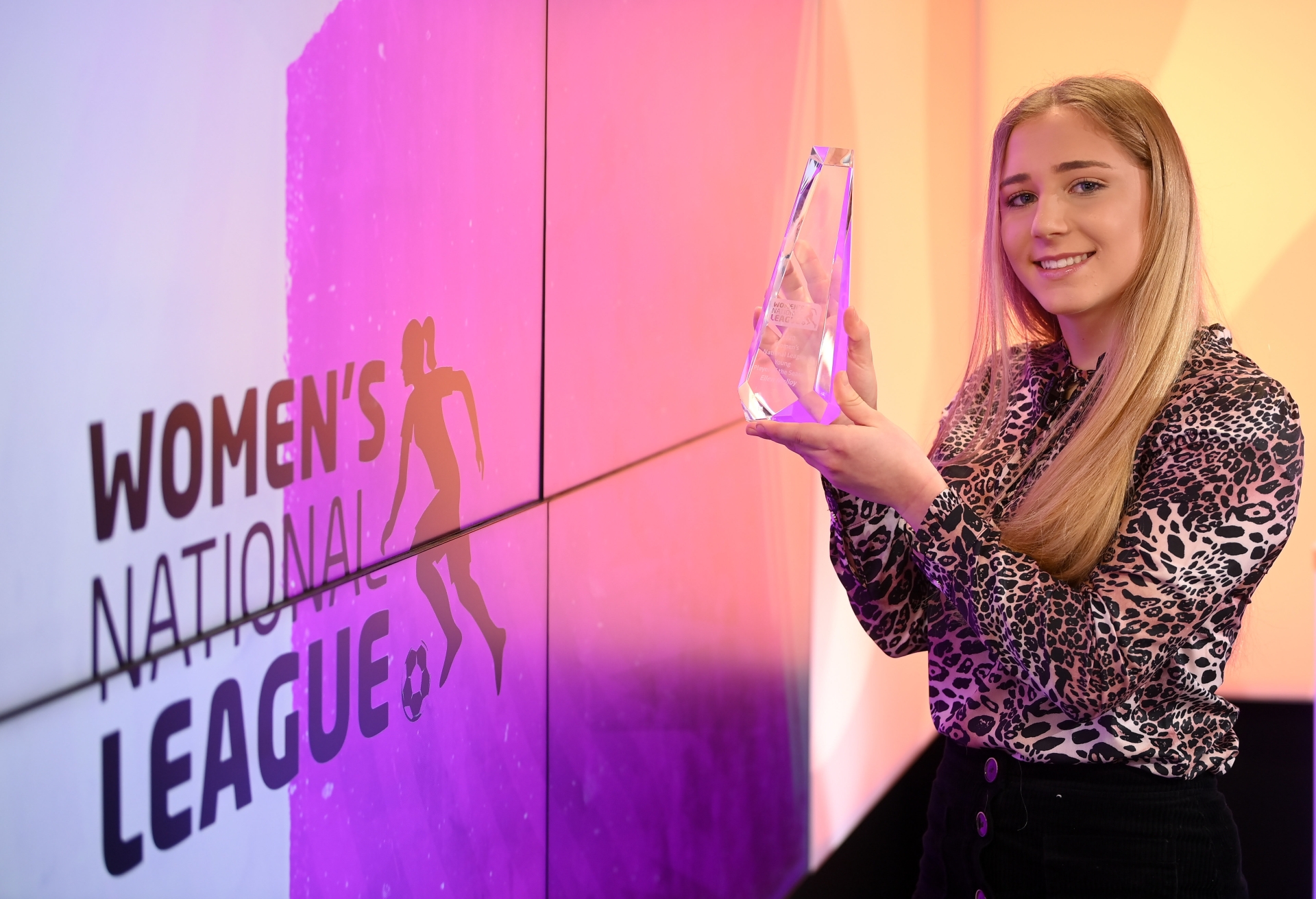 For the Young Player of the Season, Inistioge's Molloy perfectly capped off an exceptional debut season for Wexford Youths that also saw her earn two Republic of Ireland WNT caps at just 16 years of age.

"Everything went so fast," said Molloy. "I was just hoping to make the team in Wexford firstly and then I had a great debut and it went from there. I'm delighted that it went so well and everyone at Wexford was so good to me."

Duggan was also named in the Team of the Season for a record sixth time. She was joined by Peamount team-mates Niamh Farrelly, Claire Walsh, Eleanor Ryan-Doyle and Aine O'Gorman.

The four different Barretstown / WNL Player of the Month winners of Molloy, Noonan, Ziu and Duggan all made the final selection.

Awards were given to the Top Goalscorer, Aine O'Gorman, who netted 14 goals in 12 League games to win the golden boot for the third time, and the holder of the Most Clean Sheets, Rachael Kelly, who recorded five shut-outs for Shelbourne.

There was also recognition for the late Michael Hayes, who sadly passed away last September, as he was honoured with a Services to the Women's National League award. 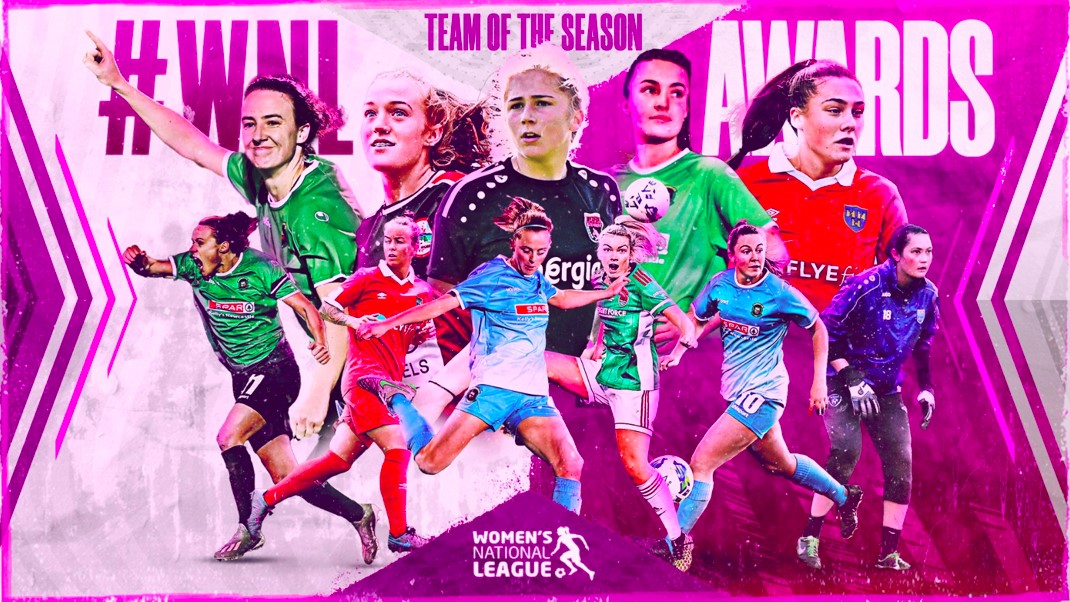