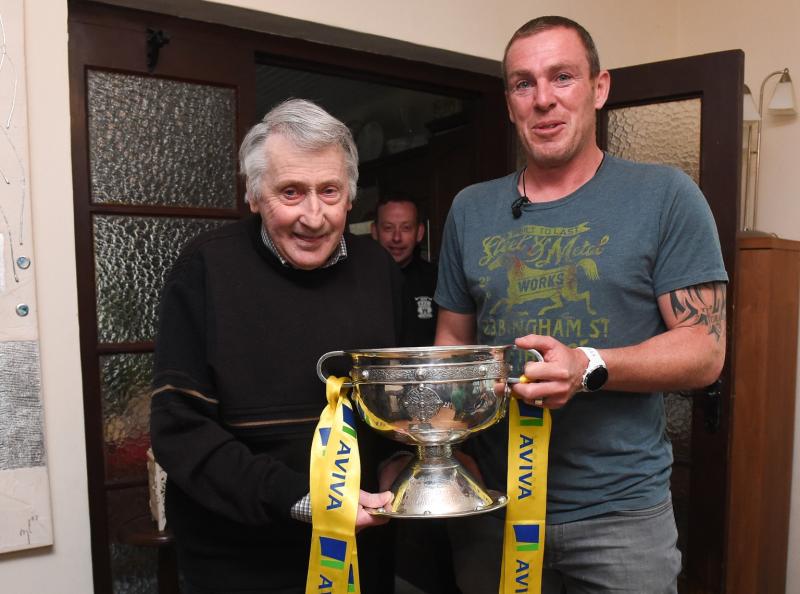 Kilkenny sport was in mourning following the death of a soccer stalwart.
The passing of Peter Maher, who died yesterday (Wednesday), was felt by clubs across the Kilkenny & District League - not least his beloved Evergreen, who called him a 'giant of the game'.
He was at the heart of the club for more than 40 years - in one season he managed every Evergreen team from under-9 to under-16 in the same season. He won the league and cup in Kilkenny as manager of Evergreen at every age group and was also a member of the FAI Schoolboys for several years.
A founder of the club's schoolboys' section, he was also schoolboy's secretary of the Kilkenny & District League before filling the same role at junior level.
In recent years that service was recognised when he was made a Guest of Honour at the 2017 FAI Junior Cup final between Evergreen and Sheriff YC.
Former Irish international Richard Dunne made a surprise call to Mr Maher on Saturday with VIP tickets for the final.
Naturally, it was Evergreen who led the tributes to their stalwart.
"Peter was a man who lived and breathed football," they said. "The sport in our county is all the better for his involvement over the years.
"He took immense pride in his contribution to the footballing community over the years.
"A giant of the local game, thank you for all the memories Peter."
Funeral arrangements

In accordance with current Government/H.S.E. guidelines and in the interest of Public Health and the safety of our most vulnerable, a private family funeral will take place for Peter on Saturday (max 10 people).

For those unable to attend due to restrictions, the Requiem Mass can be viewed online at 11am on Saturday at the following link www.stpatricksparishkilkenny.com