Coaching Academy kicks off in Kilkenny this evening 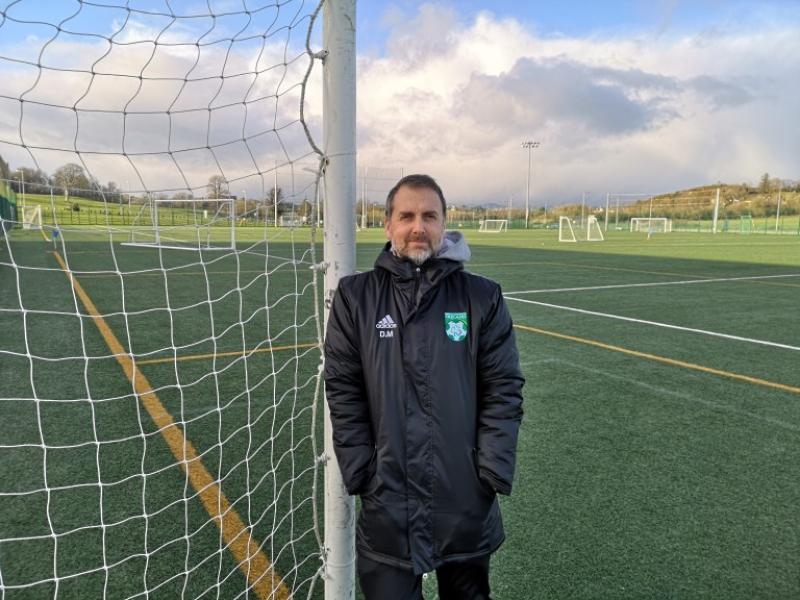 The Football Academy of Ireland was set up by Darren Murray

Young players keen on raising their game to new levels will be interested to learn of a new coaching academy coming to Kilkenny.

The Football Academy of Ireland comes to Derdimus from this evening (Wednesday) with coaching sessions for players at schools levels.

The Academy, which was founded by Darren Murray, will cater for intermediate players (eight to 11 years) from 7 to 8pm, with a coaching session for seniors (12 to 16 years) from 8 to 9pm. The sessions will be held at the home of the Kilkenny & District League.

Using his many years of coaching experience Murray - who worked with the FAI in player development and coach education for 18 years and was a UEFA coach educator on UEFA A and B courses - designed the Academy to deliver high quality sessions in a positive environment and support each individual player in reaching his or her potential.

The sessions are structured and customised to serve the needs of each age group and individual.

Rather than replace coaching that players are getting with their clubs, the sessions are used to complement what players are doing and help to raise their game.

“Contact time is an issue in Irish football with some players only having one to two hours of training per week,” said Murray, who also worked as an international coach with the boys’ under-15 and under-16 teams, and the girls’ under-17 and women’s under-19 teams.

“Having only two to three hours of training per week only maintains a player’s current skill level - more than five hours are needed per week for proper development.”

The Kilkenny Player Development Centre, which is open to players from all teams, will work on the skills needed to become a top player, from technical development and tactical positioning to ball mastery.

The cost is €40 for a month-long block of training and is open to boys and girls in the intermediate and senior categories (a junior class may go ahead in the future). People can book places online by logging on to www.footballacademyofireland.com