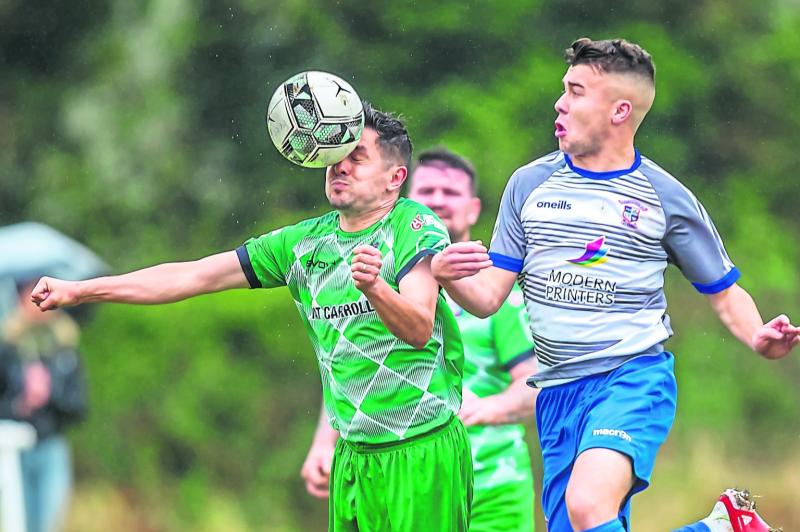 After a quiet programme of fixtures over the October Bank Holiday weekend, it was back to business as usual this week with a number of notable fixtures down for decision over Saturday and Sunday.

Two games took place in the Premier Division on Sunday morning with the Newpark and Freebooters meeting in a Kilkenny city derby as well as Evergreen entertaining Bridge United on the Kells Road.

The clash between Newpark and Freebooters was very closely fought with Newpark really testing their more illustrious city neighbours.

For both it was only their second game in the top flight to date. With Newpark beating Highview Athletic first time out and Freebooters doing likewise a couple of weeks earlier it was all to play for.

In the end it was Freebooters who maintained their 100% start to the league season when Jim Ryan struck late on to give his side a 1-0 victory.

Newpark are back in action this weekend when they travel to Deen Celtic in the hope of getting their season back on track.

The other Premier Division tie saw Evergreen entertain Bridge United and as expected the hosts had too much skill and power for Bridge.

Evergreen eventually ran out 3-0 winners and they currently sit top of the table on goal difference.

The Goresbridge-based side have conceded 10 goals in those three games so they need to tighten up at the back if they are to have any plans of climbing the table.

In the Junior Intosport.ie Division One League there were three games down for decision with both Evergreen’s second and third string sides in action.

The Evergreen B outfit travelled to Stoneyford and came away with a 1-1 draw to maintain their unbeaten start after two games while the Evergreen C side continue to prop up proceedings after they were also held by Ormonde Villa with Robbie O’Driscoll and Kieran Banville on target for the Villa.

The final Division One game then saw Callan United claim all three points from their visit to the Fairgreen to take on Freebooters B as they emerged 1-0 victors.

There was also a pair of games in Division Two and Three.

St Canice’s travelled over the Laois border to Durrow as they took on Lions AFC and they ran out 2-1 winners with Harry Jordan and Mark Flynn finding the net in a performance that keeps them top of the table with 13 points from a possible 15.

The other game in the third tier saw River Rangers beat Bridge United B 6-2 in a high scoring affair.

The final league action of the weekend then occurred in Division Three with St John’s defeating Evergreen 46 6-3 while Brookville edged Newpark B 3-2.

The current state of play in Division Three sees St John’s top of the table after five matches but they have played more games than anyone else at this early stage of the season. Evergreen 46 are currently bottom of the table after only one win thus far.

As well as all the league action, there was also knockout cup fare on offer with Thomastown United and Highview Athletic colliding in the Pat Maher Shield semi-final.

It turned out to be a cracking game of football Graignamanagh and after extra-time it was eventually Thomastown who emerged victorious.

Thomastown started the quicker and courtesy of Luke Skehan, they opened the scoring after 25 minutes of play.

That was an advantage they maintained until the half-time whistle but 20 minutes from time Thomastown were rocked when Highview grabbed an equaliser.

Highview then looked like they had sealed a place in the final when taking the lead five minutes from time, only for Robert Skehan to grab a stoppage time leveller to force the game to the extra period.

Both sides gave it everything over the extra 20 minutes but a Steven Connolly goal sealed a final date for Thomastown against Freebooters.