CPO approved for scheme to fix notorious N24 in Kilkenny 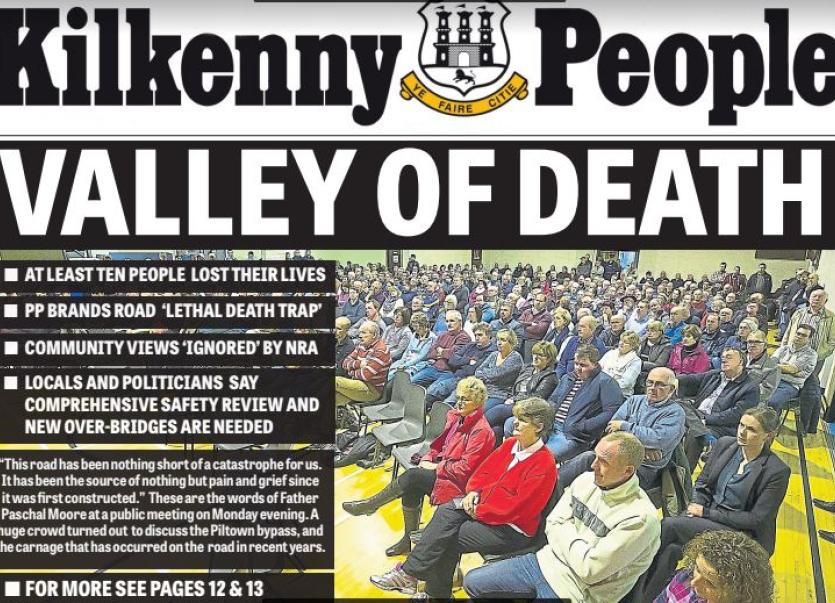 Approval has been granted for the compulsory acquisition of lands to allow a long-called-for improvement scheme to proceed on the N24 in South Kilkenny.

An Bord Pleanala has approved the CPO for the upgrade to the N24 Tower Road junction improvement scheme at Piltown, after taking into account considerations and submissions. An oral hearing was held in March.

The scheme has long been sought by locals, as it was the scene of tragedy for many families due to traffic collisions over the years. The Tower Junction has long been seen as a particularly problematic one for motorists and cyclists due to its layout and design, and a massive community meeting was held in 2016 demanding something be done.

The need for the project has been previously identified as an objective in the Kilkenny County Council Development Plan 2014 -2020. The proposed works include for widening of the existing ‘two and one’ carriageway to a double two-lanes carriageway for 1.8km, a compact grade separated junction at the Tower Road Junction, and a new link road to join with the Ink Bottle junction.

“This decision by An Bord Pleanála is very much welcomed by the people of Piltown, its wider catchment area and users of the N24 in general," said Chair of the Piltown Municipal District Cllr Eamon Aylward.

“Addressing the safety concerns at the Tower Road and Ink Bottle Junction has been a long term objective of Kilkenny County Council.”

The scheme can now progress through formal confirmation of the CPO, detailed design, contract document preparation, and contractor procurement. Construction is due to begin in 2021.