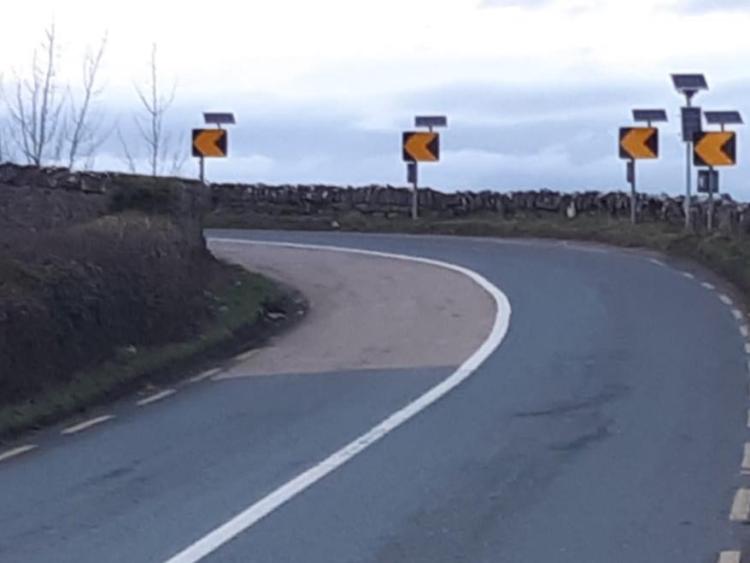 New signs have been installed on Killarney Bridge

Safety measures have been put in place at Killarney Bridge, on the Thomastown Road.

The signs and road markings have been welcomed by local councillor, Deirdre Cullen.
“I’m delighted to say that LED activated chevron signs have now been installed and are operational on Killarney Bridge,” she said.
“Extra signage, road markings and an anti skid road surface have also been added as part of the safety works carried out.

Concerns
“I first raised the serious issue of safety concerns here last year following yet another crash on the bridge,” added Cllr Cullen.
“These works were essential to prevent possible future road traffic accidents here for all who use this busy road between Thomastown and Bennettsbridge.”
Cllr Cullen thanked Area Engineer Declan Murphy, Kilkenny County Council and Irish Rail for all of their hard work.