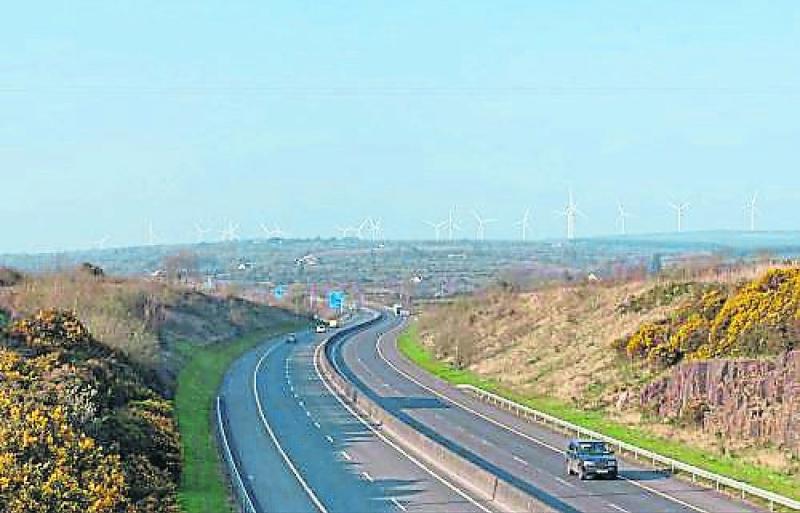 Water supplies, house prices, and even livelihoods will be adversely affected if planning permission is granted to a wind farm in south Kilkenny, a number of people in the community say.

Frustration is widespread in the area around the proposed Castlebanny Wind Farm, with locals expressing anger at what they describe as a “severe lack of public consultation surrounding the entire proposal” and lack of support from public representatives.

Coillte and ART Generation have applied to construct a wind farm of 21 turbines on land between Mullinavat, Inistioge and Ballyhale. It was recently granted Strategic Infrastructure Development status, which means the application for planning is made directly to An Bord Pleanala.

However, while developers say the project aims to support sustainable local employment, will contribute annual rates to the local authority and provide opportunity for local community investment in the project in line with the new Renewable Energy Support Scheme, people living in the community say they have serious concerns and are frustrated they are not being listened to.

Aileen Roche’s home in Tullogher will be 850 metres from one proposed turbine and 1,100 metres from another, a place she chose to live because it was “in the middle of nowhere” and she likes the peace and quiet.

Her first concern is that the blasting associated with the development will damage the local water table. Residents in the area all have their own wells. Aileen is worried the blasting will crack the granite rock plate supporting the local water table, and this will cause the water to flow away. “What will happen then?” she asks. Will Kilkenny County Council bring a water supply to the area, and what will happen in the meantime? “We have asked at meetings they won’t give answers,” Aileen said. She said she feels developers are “brushing us off.”
“What’s the action plan? Who do we go to if this happens?” Aileen asked.

Local people have also asked for the turbines to be moved further into the wood and away from homes.
Aileen has even considered moving away - but when she contacted an estate agent was told that with the wind farm so close to her home she would be lucky to sell. If she did, the price of the property would be 30% to 40% less than its current value and even if she finds someone who wants to buy the house, they would have difficulty getting a mortgage on a house in such an area.
“We are living here 15 years, we have another 15 years on our mortgage and we are left with a house we can’t sell. We can’t move, we can’t stay, we might not have water.”
Aileen said: “I know Ireland needs renewable energy, and nobody is against that, but Coillte and ART Generation feel they can “bulldoze in here and do whatever they want.”

Lorraine Maher shares her neighbour’s concerns, but another concern is “how these turbines will jeopardise my business in breeding Irish Sports Horses.” She explained sports horses are a lot like thoroughbred horses. She breeds, breaks and trains the horses at her home and has been doing so for many years. An equine premises is a ‘noise sensitive receptor,’ Lorraine says, and during blasting and construction she fears the effects on the animals, and even that it might put her in danger.
Lorraine has emailed many of Kilkenny’s county councillors and says it is ‘deflating’ not to have received any response.

Another group of locals, members of the Save the South Leinster Way group, have a petition against the development. More than 700 people have signed it.
Coillte and ART Generation placed media notices, and have an information website with a presentation, the details of the planning application, with drawings on Castlebannywindfarm.ie. You can also see details on the Kilkenny County Council website and the Save the South Leinster Way website www.savethesouthleinsterway.com.

Planning documents can be inspected at County Council offices by appointment only. Submissions can be made to An Bord Pleanala until March 26.