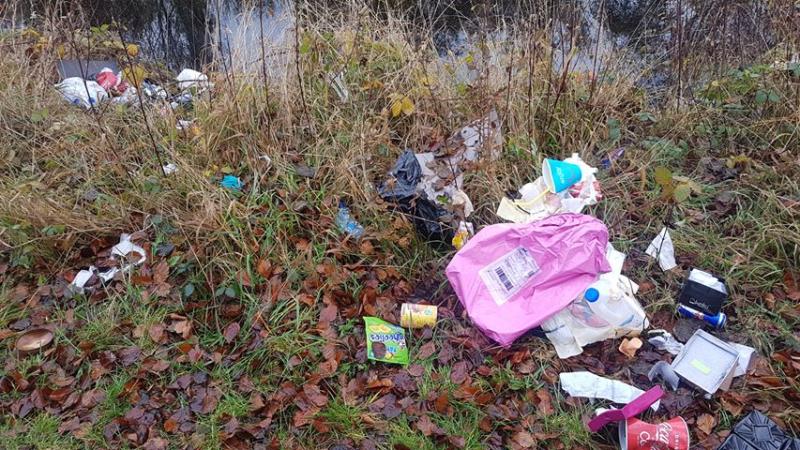 People who are littering and illegally dumping are ‘putting two fingers up to the public,’ according to one local councillor.

Describing the amount of littering on local roads as ‘disgusting and shocking’, Chairman of the Piltown Municipal District, Eamon Aylward, is calling on people to bring their rubbish home.

As he paid tribute to the people in communities who make a great effort to keep areas clean, Cllr Aylward said it seems to be an uphill battle.
“People are out walking and see the amount of rubbish, the amount of bottles and coffee cups thrown out onto the road from cars, he said. “It is disgusting and shocking.”
Cllr Aylward urged: “Bring it home to a bin and don’t throw it out onto the road.”

He said it is frustrating when volunteers make an effort to pickup litter, then it is back along the road two days later, stuff thrown out a car window.
“If each individual took the decision not to do it it would help a lot,” he said.
Illegal dumping and littering is “putting two fingers up to the public.”

He asked if technology could be used to trace barcodes on litter back to the shop where items were bought and the card that was used to pay for them.
Cllr Aylward pointed out the success of Green School projects but said as it has been in schools for more than 20 years it is probably people who were on Green School committees in the past now throwing things out car windows.

Frustration and annoyance was also expressed by his fellow councillors.
Cllr Ger Frisby said they are going in the right direction but there is always more that can be done, and he called for more resources to fight littering and dumping. He said 99% of people want to live in a clean environment, a minority litter and those who are caught should be ‘named and shamed.’ The County Council has to be seen to prosecute offenders, he said.

Cllr Fidelis Doherty thanked Tidy Towns and all the volunteers doing good work. “We have collected 60 bags of litter in a week and a half, 60!”
“What makes people dump? We have a good facility in Grannagh and there is also one in New Ross,” she asked.

Cllr Tomás Breathnach said: “One of the things we should make a special point of as a council, is all the community groups, families and volunteers be absolutely certain of the support they have from the council. When the littering reoccurs it gets them down.”

Bernadette Moloney, from the County Council’s Environment Section, stressed personal responsibility and said not having a bin is no excuse. “If we pick up after our dogs it’s not acceptable to throw bags on the roadside, which is happening.
“We have no leniency in the environment section. If you get a fine it will not be quashed. 223 litter fines were issued last year. It’s one deterrent. Strong enforcement has to be seen in the community.”